Local Conservatives have hit out at changes in the Council Tax which they say are unfair to the area's rural households.

This increase, as shown for example in the annual bills recently received by households in Kellet Ward, compares with only a one per cent increase in the City's demand for Council Tax from households in parts of the district in which there are no parish councils. 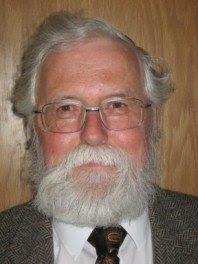 "The Council Tax demands now arriving through our letter boxes make clear the full extent of the extra burden the City Council is imposing on rural households," says Councillor Roger Mace, Leader of the Conservative Group. It's clearly inappropriate that Councillors should have voted in December to divide our community in this way.

"The injustice is crying out for a remedy but none is immediately available."

Conservatives are proposing that all parts of the district are treated fairly when the Council Tax burden is distributed, and that, as in the recent past, areas with Parish Councils should not be asked in future to pay the City Council for a share in services that are not delivered to them by the City Council.

A successful Conservative-sponsored amendment during the Budget Council on 4 March has provided for a Review of the Funding of Parish Councils to take place in 2009-10, but despite the unfairness that is now so evident, it was not possible to alter for 2009-10 the allocation of Council Tax that resulted from the Council's decision last December.

Council Tax, of course, is unpopular in many circles. The New Policy Institute argues it is, quite simply, unfair and urges its reform. "Whilst the richest fifth of non-retired households pay 2% of their gross income on council tax, the poorest fifth pay 5%," the NPI says. "This regressive nature is not because it is a property tax, nor is it inevitable. Rather, it arises from the way that the amounts levied from properties of different value are calculated. So, for example, a household in a £400,000 house currently pays about three times the council tax of a household in a £40,000 house even though the house is worth ten times as much.

"Because the government can choose the council tax bands and how the levels of tax vary by band, there is considerable scope for reform. By choosing different values, it is possible to reduce the council tax burden for those on low incomes whilst still leaving those in the middle unscathed. Such a change could be implemented without either significant administrative effort or primary legislation."

Campaign group IsItFair is also arguing for reform of the tax and endorses a previous announcement by the Conservative Party that council tax will be frozen should they form the next Government. The group points out that a growing number of District Councils are offloading some of their non-statutory duties onto Towns and Parishes in their area but keeping the money that they would have had to spend on these duties.
Posted by John Freeman at 21:59

One has to look back and remember who was the architect of this unfair system. It was of Margaret Thatcher and the Right Wing -Ken Baker. It was the winter of 1986 that Margaret Thatcher and her merry men introduced the community charge in scotland from April 1989. It came into force in England and Wales on 1st April 1990. Thatcher introduced this ill thought out idea with no regard for the poor. I am sorry that Coun Mace is now complaning about a major aspect of Tory Policy that we have been stuck with since it was introduced. I have to say that I am sorry that The Labour Party have not explored a more realistic alternative whilst they have been in power.
I think it is only reasonable for those residents living in more wealthy areas to pay a little bit extra. The ones who are being hit the hardest are people on lower wages and people stuck in the poverty trap.
We need to see a more dynamic approach by the government in regard to parity in regard to ability to pay the Council Tax.
Ithink it is discusting when you get somebody on low wages for example frontline workers perhaps paying the same amount as lets say the Chief Exucutive or indeed an elected Councillor.
I would also question as to why The Council Leader felt the need to resign when at the end of the day he was in full control of the budget with the assisstancew of his lap dogs in the coalition Cabinet.

What 'coalition cabinet'? Lancaster City Council's cabinet is based on proportional representation and most of the groups hate each other!