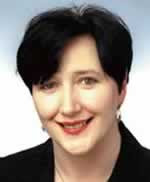 Local MP Geraldine Smith challenged Prime Minister on government plans to privatise the Post Office this week, arguing the case for the scheme was "crumbling".

"The case for the partial sale of Royal Mail is crumbling and opposition is growing across the country and in this House," she argued during PM Questions on Wednesday, continuing her campaign against the plans.

"Is it not about time that the Government dropped that unwanted and unnecessary measure from its postal services reforms?"

The Prime Minister, sadly, was not to be swayed, despite the disastrous effects privatisation have had elsewhere. "I know that my hon. Friend has never been a supporter of the course of action that the Government have proposed, but I ask the House to look at this issue, " he replied. "The Royal Mail has a pension fund deficit that is going to approach £8 billion. It has investment needs that it needs to meet for the future. It also wants to continue, as we want it to continue, the universal service obligation.

"It makes sense to try to find additional investors in the Royal Mail to enable us to meet our commitment to the pensioners, to maintain the universal service obligation, to keep the post office network, with the additional investment that we are making in it, and of course to give maximum support to the postal workers in our country, whom I support as well."

None of that will please Geraldine, who last month condemned plans for the part privatisation of the service, saying "...There has been talk of dinosaurs, but the only dinosaurs are those people who do not realise that privatisation is going out of fashion.

"We have had to rescue the fat cat bankers who got us into so many difficulties and we are nationalising the banks, so privatisation is not the British public's flavour of the month." (see news story).
Posted by John Freeman at 08:24