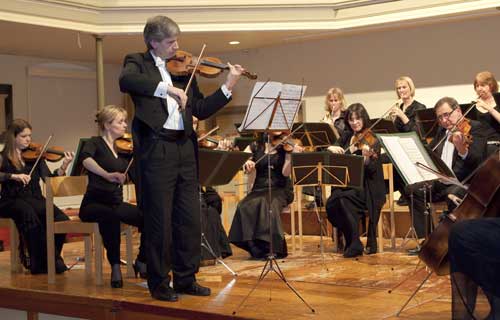 The 41st season of the Lancaster International Concert Series opens with an enchanting concert from the Northern Chamber Orchestra later this month. The orchestra has developed a formidable reputation for its engaging and exciting concerts. This evening includes a performance of the Cello Concerto in A Minor by Schumann which will be heard in an intriguing arrangement for cello and string orchestra.

The concerto, completed in just two weeks, was never performed in Schumann’s life time and first premiered four years after his death on the 9th June 1860. We’re delighted that the concerto will be played by one of today’s most expressive cellists, Raphael Wallfisch, a firm Lancaster favourite using his 1760 Gennaro Gagliano cello. 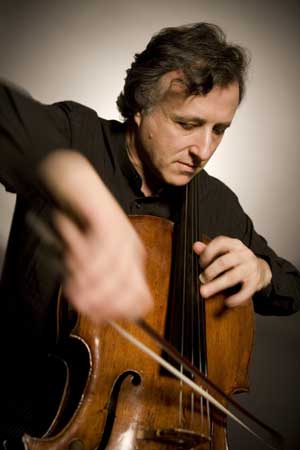 Raphael Wallfisch is one of the most celebrated cellists performing on the international stage. He was born in London into a family of distinguished musicians, his mother the cellist Anita Lasker-Wallfisch and his father the pianist Peter Wallfisch. Raphael is regularly invited to play at major festivals such as the BBC Proms, Edinburgh, Aldeburgh, Spoleto, Prades, Oslo and Schleswig Holstein.

Under director Nicholas Ward, the Northern Chamber Orchestra also brings us; a string symphony from Mendelssohn’s miraculous teenage years; a youthful suite by Janácek, bubbling with Czech tunefulness; two delightful Dvorák orchestrated piano waltzes for an anniversary ball and Mozarts Fugue, which started out as a piano piece, to form part of this darkly fascinating instrumental work.