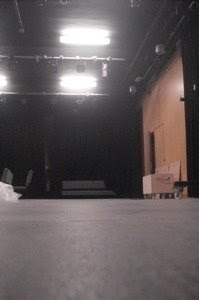 What might you create with five days access to Lancaster LitFest's new auditorium space at the Storey, critical friendships with Litfest's Artistic Director Andy Darby and Flax editor Sarah Hymas, and a materials/expenses budget of up £500?

LitFest is interested in receiving a written expression of interest that answers that question and inspires them to work with you on your project.

Litfest's Andy Darby and Sarah Hymas will work with a writer or writers on developing a piece of live literature for performance through a group or series of meetings/rehearsals over five days. They'll offer their skills and experience, providing an objective eye in the devising and/or development of the piece. The project offers a period of R&D and there is no expectation that a finished work will be produced at this time.

The project will take place in the Auditorium at The Storey, Meeting House Lane, Lancaster LA1 1TH between July - September 2009, with five days of meets or rehearsals with the Litfest team to be arranged at a mutually agreeable timescale.

• To find out more about this research and development opportunity visit Exploring Live Literature
Posted by John Freeman at 21:48 No comments: 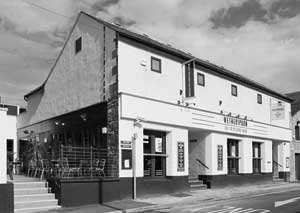 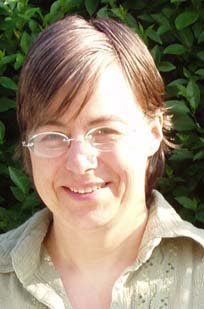 • Nomination forms for election to the European Parliament are available by emailing nwrro@manchester.gov.uk, telephoning 0161 234 4098 or writing to: Office of the Regional Returning Officer for the North West, Manchester City Council, Town Hall, Manchester, M60 2LA.
Posted by John Freeman at 12:18 No comments:

In amongst the other things that are happening on St George’s Quay today to mark St. George's Day and over the weekend, singer and guitarist Martin Stimson will be performing at the Three Mariners pub tonight.

Kicking off at 8.30, organiser Tony Cooke describes Martin as an "all-round musician, songwriter, brilliant raconteur, Morris dancer and an ambassador of English folklore."

A singer, guitarist, mandola player, drummer and bodhran player who regularly plays country dance music with Shake A Leg and folk-rock with Roughtown, tonight he will be doing what he enjoys most - entertaining with an eclectic mixture of traditional (and some contemporary) songs from Lancashire and the North of England.

On Sunday (26 April) after some Morris dancing outside the Mariners, Tony Cooke himself will be performing, alongside Pat Simmons. Their gig event kicks off at 2.00pm.

Two of Lancaster’s most respected folk musicians and singers, Pat Simmons (Moonstone) and Tony Cooke (Free Reed Band, The Duo), will be singing some English songs and playing some tunes throughout the afternoon.
Posted by John Freeman at 10:03 No comments: 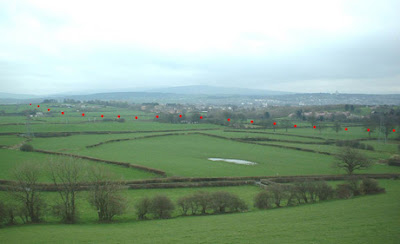 (Updated 24 April 2009 with Council response): It seems our local councils may have been a trifle slapdash -- to say the least - when it came to full disclosure over its application for funding for the controversial Lancaster Northern Link Road.

Documents obtained under the Freedom of Information Act have revealed that, prior to the Governments decision to grant entry to the road building funding programme, Lancaster City Council failed to advise the Planning Inspectorate that the City Council had withdrawn its support for the controversial Heysham M6 Northern Link road.

Following the Public Inquiry on Lancaster’s Core Strategy, a draft Inspector’s Report was prepared by the Government Planning Inspectorate, and Lancaster City Council was asked to check it for errors and omissions. In June 2008 the Planning Services Department at Lancaster City Council replied, stating that "....the [City] Council has undertaken a thorough fact check of the report and appendices. The Council has found no fundamental errors of fact. There are a few very minor factual errors and typos which the Inspector may consider correcting. A list of these is attached to this letter."

Yet, in the draft Inspectors Report on the Core Strategy Development Plan, Transport Solutions for Lancaster and Morecambe has discovered, was an erroneous statement that the City Council "supported" the Link road. In fact, the full Council had voted on 20th June 2007 specifically to withdraw support for the scheme.

Despite this, Lancashire County Council, in its desperate bid to gain funding for the road, then told the Government that the City Council actually supported the scheme.

"It’s hard to see how the officers at the City Council could make such a stupendous blunder," said David Gate, chair of TSLM. "The polluting and destructive road plan is a massive controversy, and the full Council’s decision was so well publicised.

“The Inspector was misled," David argues. "The Government was misled. In a recession when £137 million of taxpayers’ money is at stake, the democratic decision of the Council, reflecting the wishes of its electorate to reject the HGV route, is clearly fundamental.

"The City Council and a great many people who live in the district, including the sitting MP, have given this under-performing road a massive thumbs down, and the Government should have been told that before it parted with scarce public money."

Responding to TSLM's claims, Mark Cullinan, chief executive of Lancaster City Council, said: "The Core Strategy inspector was fully aware of the facts relating to the council's original support for the scheme and its resolution of June 20 2007.

"He had the Heysham/M6 link Inquiry inspector's report before him and asked questions about the council's resolution at the Examination in Public.

"The Planning Services factual check letter refers to the inspector's draft report following the Examination in Public. In paragraph 7.109 he had stated that the city council still supports the principle of this new road.

"He did not say that that it supported the northern route and that was in line with the resolution which states that 'This Council confirms that Lancaster District needs a Heysham-M6 Link'.

"The wording in the Core Strategy to which TSLM object was in the original submission prior to May 2007 which reflected the Council position prior to the June resolution.

"The inspector did not decide that there was a need to change the wording and without a recommendation from him to do so the council, under the new planning system cannot make adjustments itself.

"It must adopt the inspector's final version or withdraw it. The council decided to adopt the strategy with the inspector’s amendments accepted at Full Council in July 2008."

• Transport Solutions for Lancaster and Morecambe web site
Posted by John Freeman at 16:28 No comments: 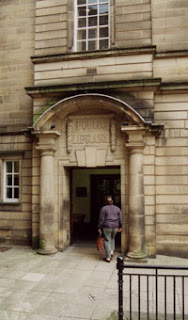 Lancaster Central Library will be closed for oen week from Monday 27 April, re-opening on 5 May, offering a reduced service from the Junior Library on New Street.

The work is the initial stage of major re-development for the Library now in progress, the result of it securing Lottery funding.

The work means that upcoming Get it Loud in Libraries gigs will take place elsewhere in the District. Kristin Hersh will appear at the new Storey, Lancaster on 23 May and British Sea Power will perform at Morecambe Library on 7th August. More info at www.myspace.com/getitloudinlibraries

• For information about local library services go to: www.lancashire.gov.uk/libraries
Posted by John Freeman at 17:05 No comments: