Lancaster Cohousing, who recently bought land in Halton to develop their project, will be holding a Public Meeting in August to publicise and discuss their new eco cohousing development.

The Cohousing project will feature zero carbon private homes, community facilities, workshop/office space and shared outdoor space in Halton and will be built on ecological values in partnership with the award-winning architects, Ecoarc.

There's already considerable interest in the scheme: at present they have 14 households fully signed up, of an expected total of around 25 households.

"The site is ideal for accessing the amenities (school, shops, pubs etc) of Halton Village and is just three miles from Lancaster City Centre which can be easily accessed by a riverside cycle path or bus."

• To find out more come to The Borough, Dalton Square, 7.30pm on Tuesday 4th August. For more information see their website www.lancastercohousing.org.uk

Posted by John Freeman at 17:11 No comments:

Green fingered residents will be able to pick up some free compost from Williamson Park in Lancaster on Wednesday 12th August.

The compost has come from the green waste recycled in Lancashire and is available free of charge to residents who wish to pop along between 10.00am and 4.00pm.

Simply take along your own bags and spade to the car park on Wyresdale Road and take away up two bags of free compost. It's available on a first come, first served, basis so don't miss out.

There will also be a potting tent for children to plant themselves a pot of wild garden, sunflower or vegetable seeds that they can take home and watch grow.

The dog wardens will also be out and about answering any questions from the dog walkers who regularly use the area.

Posted by John Freeman at 17:07 No comments:

Although the Government outlined its support for the North West’s proposals to improve transportation in the region today, the proposed M6-Heysham Link has still not received full approval - and nestling in the fine print of a Department of Transport statement is the current estimated cost of building it.

The Government details the potential cost of the route - one of several in the region that have not yet had full approval - at a staggering minimum of £133 million.

Proposals for new roads in the North West were submitted to the Department for Transport in February 2009 with more detailed advice being submitted by Greater Manchester in May. The plans set out the region’s transport priorities over the next 10 years.

Included are an accelerated package of schemes in Greater Manchester including Metrolink extensions, bus service improvements and Park & Ride proposals; and an increased allocation for the Pennine Reach scheme in Blackburn which will improve bus links between Blackburn, Darwen and Accrington.

The DfT noted that many of the schemes from the first Regional Funding Allocations round, confirmed in this advice, are progressing well. This includes a number of approvals recently granted to major schemes, including the Blackpool and Fleetwood Tramway announced in June.

The Department also confirmed that it was content with the region’s priorities but says the detailed schemes, which include the Heysham link - and their impact on greenhouse gas emissions - will be considered further on a case by case basis before receiving full approval.

"I am encouraged by the reference to greenhouse gases," local transport expert John Whitelegg told virtual-lancaster. "This nasty road came out as the worst local authority scheme in terms of CO2 when I looked at this issue at the public inquiry. The Inspector will long be remembered in the hall of infamy for the way he ignored them."

A scheme’s inclusion within the RFA programme does not necessarily mean the funding has been approved. Schemes such as the County's Heysham link proposal, which it has been actively publicising in the local press recently, will only proceed once they have successfully completed the Department’s funding approval processes and secured any necessary legal powers.

The proposed Heysham-M6 link is currently the only major road development planned for Lancashire at this time.

• The Government’s RFA 2 guidance can be found at http://www.hm-treasury.gov.uk/d/regional_funding_advice300708.pdf.

• More detailed guidance on transport aspects can be found at http://www.dft.gov.uk/pgr/regional/strategy/rfa/rfaround2/RFAsupplementarynote1.pdf.

Posted by John Freeman at 17:30 No comments: 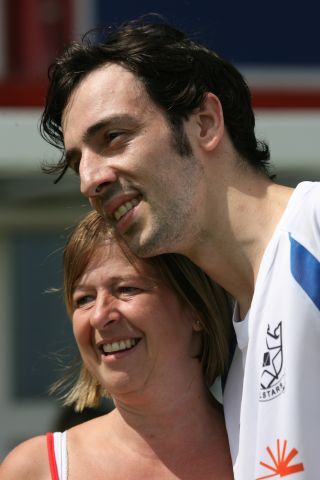 Sunday's upcoming charity footy match in Morecambe, organised to raise funds for the local branch of the MS Society, looks like having a very strong line-up of celebrity faces on the pitch -- and there are the rumours of others in the expected crowd, too...

Soap fans will get the chance to see some their favourite stars at Morecambe Football Club when a team drawn from Coronation Street and other TV shows play in the charity football match on Sunday (26 July). Competing against the Bay Radio All Stars, the event will raise money to help set up a drop in centre for MS suffers in the area.

Also in the expected line up is comedian Archie Kelly and there will be a welcome return appearance from Royle Family actor Ralf Little, who stole the show last year.

There's a possibility that Two Pints of Lager and a Packet of Crisps star, Will Mellor may also put in an appearance.

The event has been organised by Heysham Power Stations with all proceeds going to the Multiple Sclerosis Society. The match is also being supported by local companies Hargreaves Garages and VVV.

• The gates open at Christie Park at 12 noon, with the game kicking off at 1.00 pm. Admission at the turnstiles for the day is £5 for adults and £3 for children and £12 for a family.


• Photo of Ralph at last year's event courtesy Martyn Butlin: used with permission.
Posted by John Freeman at 11:24 No comments: