Three youngsters have been arrested after 30 cars had their tyres slashed, causing damage which runs into thousands of pounds.

Police say the vehicles, parked in Gressingham Drive and its surrounding streets in Lancaster, were targeted overnight on Wednesday. The cars had some, and in some cases all, of their tyres slashed with a sharp instrument.

Following police inquiries and information from witnesses, three boys aged 10, 11 and 13, were arrested on suspicion of criminal damage. They have been released on police bail until October.

Sgt Jim Edmonds, Lancaster police, said: "A large number of cars were damaged over night, causing a lot of distress to residents. We have arrested three young males in connection with the incident and they are currently on police bail pending further inquiries.

"We have been carrying out reassurance work in the local community and want residents to know that we will take robust action following reports of this nature."
Posted by John Freeman at 16:10 No comments: 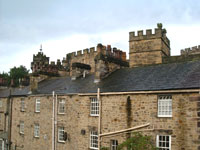 Posted by John Freeman at 10:17 No comments:

Souled Out at Last Orders 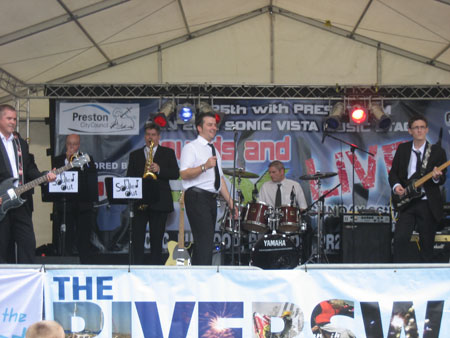 Popular soul band Souled Out are gearing up for their first ever Lancaster gig next month, appearing at the Last Orders pub on Friday 4th September.

Formed back in the 1990s Souled Out have carved themselves a reputation for putting on live and lively show which is hard to top. An 8-peice set up with keyboards, guitar, bass, the legendary Souled Out Brass section gives them their unique sound.

"I'm really excited about this, lead singer Lloyd Corless told virtual-lancaster. "We've been together as a band for 15 years, playing virtually every weekend.

"I understand Morecambe and Lancaster have a great soul music following and it would be really good to see some soul fans down on that night."

• Souled Out appear at The Last Orders, 32 Church Street, Lancaster on 4th September. Souled Out on the web at: www.myspace.com/souledout2004
Posted by John Freeman at 11:51 1 comment:

Kenny Ball and his Jazzmen come to Morecambe 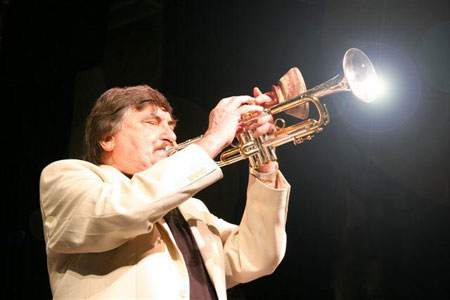 Kenny has flown the flag for his particular brand of jazz all over the world for 50 years, and it's a tribute to his stamina and musical integrity that Kenny Ball and his Jazzmen are as popular today as they were back in 1960 when they had their first chart hit with ‘Samantha’.

From that time, hit after hit came pouring out, gaining 14 Top 30 records - an achievement which has never been equalled by any other jazz artist and which included ‘Midnight in Moscow’ a top two in both the UK and USA charts. Kenny is, quite simply, the most successful jazz trumpet player this side of the Atlantic.

The band’s popularity was enhanced further by its four year spell on the Morecambe and Wise show and Saturday Night at the Mill, both of which were viewed by millions.

The owners of a Galgate farm have been ordered to pay a fine and costs totalling £7,950 after pleading guilty to flouting planning laws.

The court heard that Newhouse and Telford were served with enforcement notices in 2007 for a number of breaches of planning law at Stoneybrook Farm.

The breaches included having a static caravan on the land for residential purposes, using the site to store non-agricultural equipment and making a number of alterations to the site without planning permission.

The enforcement notices required a number of works to be completed to reinstate the site, including the removal of the caravan, and they were upheld by a planning inspector at an independent public inquiry in January 2008.

Despite this, they were not complied with and the council was left with no option but to prosecute.

“Planning permission is not an ‘optional extra’ and is needed to ensure that people do not carry out works which have the potential to have a detrimental effect on our district," commented Coun Keith Budden, chairman of the council’s planning committee.

“This case should serve as a warning to other people that the council will have no hesitation in enforcing the law and will take action against those who flout planning laws."


• Find out if planning applications have been made for work on your street: search for applications by street
Posted by John Freeman at 17:39 No comments:

Green councillors have asked that a general, system wide, enforced, 20mph speed limit be set for every residential road and roads through villages in the area covered by Lancaster City Council.

The request, partly inspired by the success of similar schemes introduced in cities such as Portsmouth, Norwich and Leicester, will go to the Lancashire Locals: Lancaster joint committee meeting of city and county councillors on 1st September at 6.30pm in Morecambe Town Hall.

The call comes at a time when recent statistics gathered for Lancaster's 'Health Profile 2009' by the Association of Public Health Observatories indicate there have been 115 road injuries, including deaths, in the past year, against the national average of 54 (based on a rate per 100,000 population 2005-2007).

"Road safety - especially for children and the elderly - is a real concern for many residents," argues Councillor John Whitelegg. "The overwhelming evidence is that fatalities and serious injuries are dramatically reduced when a 20mph speed limit is introduced and enforced. This has already been done in several other local authorities and in other countries.

"Our district has significantly more road deaths and injuries than the England average. An enforced 20mph speed limit will bring a massive improvement in safety to the district.”

"In the run up to the recent county elections I raised this idea with hundreds of residents in Bulk and John O’Gaunt and over three quarters of those asked supported it," added Councillor Sam Riches, Green Party county councillor. I'm now urging the County Council to accept the idea and do it.”

The Greens are hoping that if their proposal is accepted, the 20 mph limit could be in place by March 2011

Parish and Town Councillors, together with local people interested in specific agenda items, are able to have their say before decisions are taken.
Posted by John Freeman at 15:22 No comments:

Morecambe's Dome is extending the opening times of its summer indoor ice rink due to popular demand.

The ice rink was originally due to close on Wednesday 26th August to make way for the Dome’s autumn programme of events, but, although the ice rink has to be taken down in time for the From the Jam gig on the 28th, a deal has now been secured for it to be rebuilt in time for the bank holiday weekend.

It will be open on both Sunday 30th August and Monday 31st August from 11.00am, with last admission at 4pm on each day.

The rink has been a tremendous success for the venue, which was recently saved from early closure by Lancaster City Council. More than 1,500 people have visited the ice rink since it opened on 9th August, providing some indoor entertainment and summer fun during the school holidays.
Posted by John Freeman at 10:00 No comments: