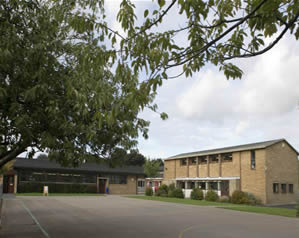 The petition is the first action by the recently formed parents’ group and it say it plans further activities to press their case to county and city councillors, as well as council and government planning officials.

Earlier this month, County Council contractors began installing a modest fence around the school grounds and the parents have given strong backing to the move which they say will protect the school’s grounds from dog dirt and unwanted intrusions.

“The strong and positive response to the petition was very welcome,” said parents’ group’s chairperson Lucy MacCulloch. “We had a wide range of people signing up to our petition. They included our pupils’ parents and other relatives, as well as local people from around the school and further afield around the Lancaster area. The response shows that people are very concerned about this issue and are giving strong backing to the school governors.”

Lucy said the petition was still open and any one wishing to sign can do so at the school office or by contacting the parents’ group at fields@moorside-pri.lancs.sch.uk.

In another development, an arranged proposed meeting to find a compromise solution between the school’s governors and the community group opposing its plans to secure the school grounds will now not occur.

Lucy expressed “astonishment” that after pushing for several months for a meeting with the school governing body the community group had decided not to attend at the last minute. “It obviously makes sense for everyone to talk about this to find a way forward and it is a shame that the community group doesn’t seem to want to work towards a solution,” said Lucy.

The Moorside School Grounds Parents’ Group was formed in March as a result of recent applications by Moorside Fields Community Association, firstly for a Public Footpath across the grounds, and secondly for a Town Green, which would remove the area from the school’s control.

“We want to get across that the plans proposed by the school governors to secure land behind the main school building with modest fences are reasonable, proportionate and prudent measures to protect children using the grounds”, said Lucy.

“If a Town Green Application is successful, the children at the school will no longer have uninhibited access to well-managed outdoor sports and educational facilities” said Lucy. “For any expedition to the fields in question, each child would require signed parental consent. For a school with over 400 pupils, sending them out to play on the grass because the weather’s nice would be pretty complicated.

"In our minds, the school’s compromise offer is more than reasonable. With secure grounds, we can relax in the knowledge that our children - and generations to come - will have the freedom to run, play and learn outdoors within this area of natural beauty. A rich resource indeed. Let’s hope we don’t lose it.”
Posted by John Freeman at 10:06

As a parent of children who attended Moorside School in the eighties I feel saddened that the school has felt the need to fence off access to part of the fields which lie between Barton Road and the cycle/footpath. Never once whilst they attended the school did I feel their safety was threatened, either by dog faeces or 'strangers' (in fact current statistics show that murders of children are in a large part due to parents - 56% and only in 4% to strangers, and that the murders are falling). One son in particular was a talented sportsman and used the fields more than most, never coming home with faeces on his clothes or shoes.

Two of our main reasons for choosing Moorside School were that it was very definitely a community school and most importantly, from our house on Barton Road it could be reached by our children on a totally traffic free route across the fields. Neither of these reasons would be viable reasons for choosing the school now.
Anne Hutchinson