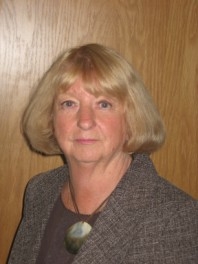 Councils are being asked to start within four hours of polls closing after an amendment to the Constitutional Reform Bill was approved by the House of Commons, but the amendment has yet to be made law and, nationally, some councils are still planning to delay their counts, citing the large number of postal votes to be counted as one reason for the delay.

In Lancaster, City Council Chief Executive Mark Cullinan has blamed procedural changes, geography and the need to count the votes of two different constituencies for wanting to start the count on Friday.

But Councillor Eileen Blamire, Leader of the Labour Group on the Council, maintains that it would reflect badly on the District when voters watching the late night/early morning results being announced live on television realised that their constituencies had effectively been excluded from these early results by the decisions of the Returning Officer.

“Over 600 constituencies throughout the country are beginning their counts soon after the polls close," she notes. "But 'our' constituencies are two of only around 30 which will have to wait until Friday lunchtime for their results”.

It is understood that most of the 30 or so constituencies on the “Friday count” have special reasons for the delay – usually due to the wide geographical spread of the polling stations. Some of these polling stations, such as Holy Island, have to contend with tidal conditions, and others such as Argyll and Bute have both a mountainous terrain and offshore islands to cope with.

“I realise little can be done at this late stage, but we trust our protest will lead to a thorough reappraisal before the next General Election," says Councillor Blamire. "Watching the television results come in fast and furious in the early hours after the polls close is a national institution for millions of Britons.

"We local residents deserve to share in this excitement by having our own results included”, said Councillor Blamire.