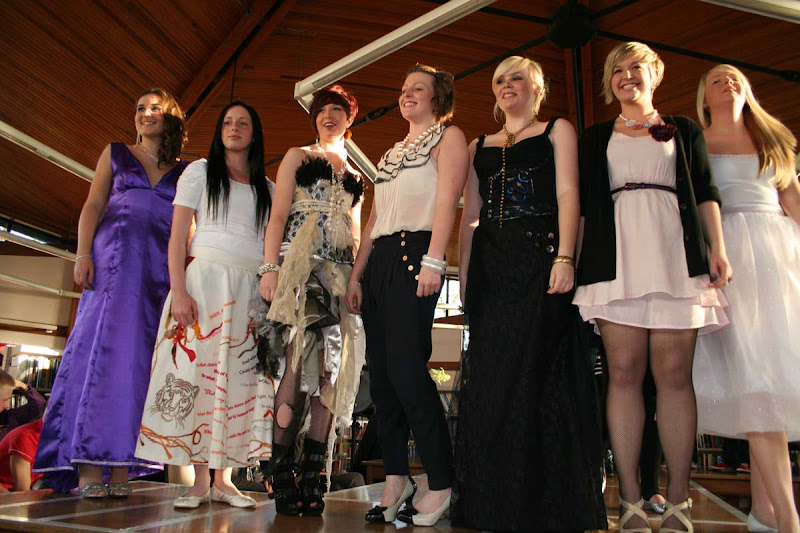 Budding fashionistas from Heysham High School gave the likes of Vivenne Westwood a run for her money last week as they paraded their designs inspired by the world of fiction, the school's Katherine Beaumont reports.

The GCSE and A level fashion show, Fashion Fiction, which took place at Morecambe Library on Wednesday, April, 21 was organised by Heysham High Design Technology teacher, Stephanie Williams and drew a crowd of over one hundred fashion fans.

As audience seats were filling up, it could have been Lily Cole and the gang loitering in the wings as mums, dads, friends and relatives snatched gleeful peeks the models waiting to hit the catwalk.

The lights dimmed and the two talented comic compares, James Shields and Joe Stanford, from Year 11, stepped on stage to introduce each design based on the theme of something fictitious.

First up in the show for the Year 11 GCSE group was a daring design styled on a toga from Olivia Rothwell which was modeled by Katherine Rhodes.

Next, Shannade Brockbank was wearing a high waisted mini skirt in this season’s essential cut “funked up” with a punky denim waistcoat.

Kirsty Davis next modeled Claire Canning’s corset and jaunty, drac-black skirt to emanate a gothic theme. Next, stepping up to that theme, was Melissa Denny modeling Pippa Coleman’s number based on the vampire film, Twilight. 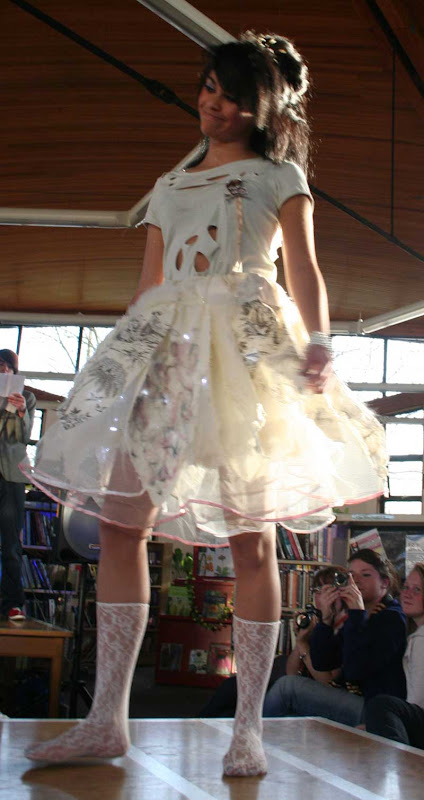 Monika Lewoski modeled her own design based on the classic book The Secret Garden followed by Katherine Rhodes who modeled her bag based on The Boy in the Striped Pajamas.

In the second half of the show, the spot light was on the Sixth Formers and we saw Amy model her long slinky gown inspired by romantic novels followed by Stacy Cookland modeling her take on the poem 'Tiger Tiger' by William Blake. 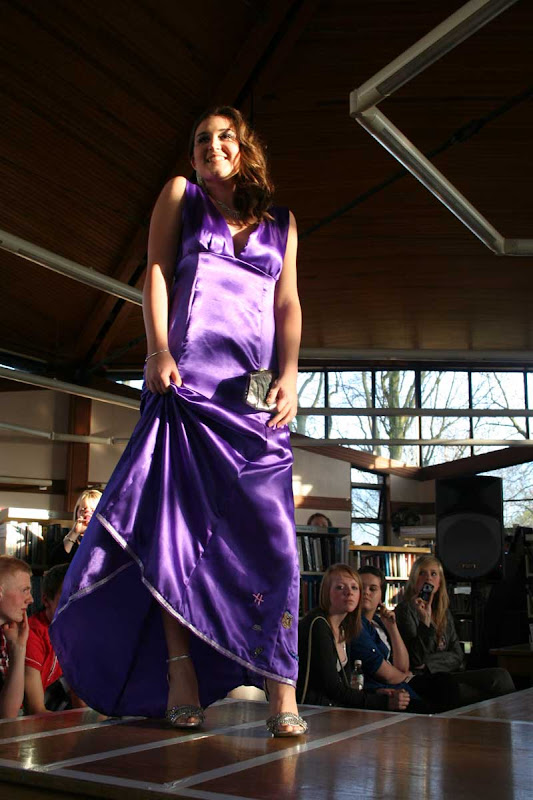 The evening got curiouser as Adele appeared in a number inspired by Alice in Wonderland, by Becky Peacock and Samantha Smith closed the evening, as Cleopatra, looking spectacular in her own feature length purple gown.

The entertainment did not end there and members of the audience got up and danced to music from local bands, Poison Arrow, Duke Street and Fate Fell Short courtesy of More Music in Morecambe.

“What a fantastic night," commented organiser Mrs. Williams. "I’ve been so proud of our pupils exhibiting their designs with flair and confidence.

"Our collaboration with More Music and Morecambe Library has made this event exciting and memorable as well as giving the public the opportunity to see how great Heysham High School pupils are!"

“With 140 people there, it was really exciting and the marrying of the two themes, fashion and fiction, worked so well within the library," added Senior Assistant Librarian, Elaine Wilkinson.

“The Hesyham High students were amazing and they had worked so hard on their designs. The students really brought our books to life.”