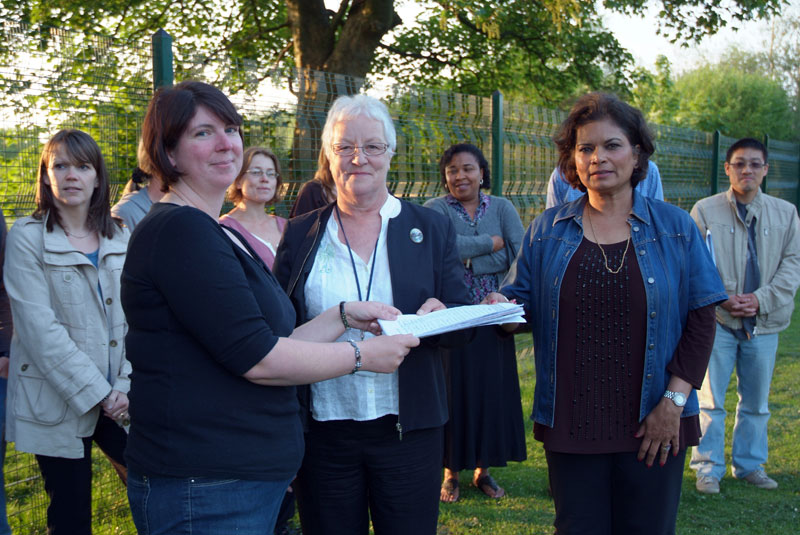 Parents of Moorside Primary School in Lancaster meet local County Councillors last week to hand them a petition signed by nearly 600 parents and members of the local community supporting the school's fencing of its grounds.

"It was wonderful to see so many people supporting the school move to fence its grounds, including Councillors Jackson and Scott”, said Lucy. “We now have almost 600 signatures on the petition from parents and the local community and the support of the Councillors is very much appreciated.

"Councillors Scott and Jackson pledged their support to our group, as we continue our effort to mobilise support for the school’s move to fence its grounds and keep them safe for the children to use.”
Posted by John Freeman at 14:53