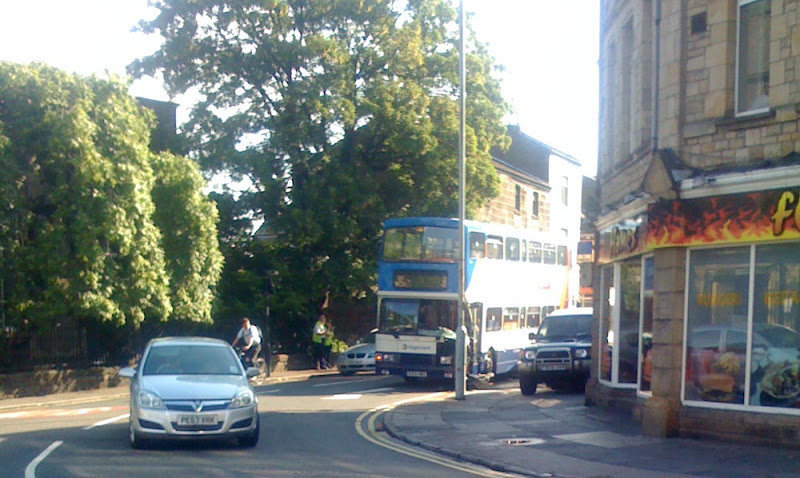 Lancaster's traffic was held up this morning after a bus crashed into a transit van on North Road.

Bus station staff were quickly on the scene to assist school children from Ripley High School off the Stagecoach bus and away from the accident.

The children were put on another bus and will now be at school.

Police told virtual-lancaster no-one was injured but the road was closed while the bus was moved out of the road.

The Lancaster Guardian reports the bus was being driven by a trainee.

Bizarrely, this isn't the first time there has been a bus crash on this part of North Road. A bus crashed into scaffolding on the same spot in February 2003.

Photo courtesy of Bob Townley
Posted by John Freeman at 10:07