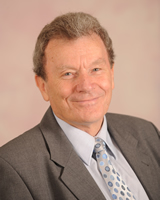 Is Lancashire County Council still working on its controversial M6 Link Road plan, despite being warned not to by the Government?

In an interview with the Morecambe Visitor last week County Council leader Geoff Driver, while trying to defend the carbon emissions problem posed by the road, let it slip that "recent more detailed calculations show that the figures previously quoted are too high."

However, back in July he was using previously published figures (23,514 extra tonnes of CO2 per anumn) to defend the road. So where have these "recent more detailed calculations" Driver alludes to come from?

Has new research been undertaken despite government warnings in a letter to the County Council on 10th June that any future spending on the project would be at the Council’s own risk, pending the Autumn Spending Review?

"Councillor Driver’s gaffe clearly shows that public money continues to be spent on this road building project," feels David Gate, chair of local transport campaign group Transport Solutions for Lancaster and Morecambe. "Yet, at the same time, County is cutting services for the most vulnerable: services for children and young people, children’s homes, community services – it’s a long list."

The Lancashire Evening Post reported earlier this month on at least £22 million in cuts, including £5.2m to be stripped from children and young people’s services and £4.3m to be cut from the council’s environment directorate.

"Despite these cuts, it’s clear what this Council’s number one priority is," argues Gate. "Coun Driver will stop at nothing to get his hands on the £140 million to build the HGV generating road."

"The Council’s own figures suggested that the road would pump an extra 23,500 tonnes of CO2 into the local environment and that 173 acres of North Lancashire Green Belt would be destroyed. The Council Leader is trying to play down the environmental risks, but at the same time he is responsible by law for cutting carbon emissions."

Transport Solutions for Lancaster and Morecambe opposes the construction of the Heysham M6 Link Northern Route, and favours instead non-damaging sustainable transport solutions.

This road was the subject of great debate when I was Chief Executive of Lancaster Chamber of Commerce nearly 10 years ago. Isn't it about time that it was dropped & the area moved on to something new & possibly less contencious

I agree. Perhaps you'll know about this:

During the Inquiry, the Chamber of Commerce took out a full page ad in the local press arguing in favour of the link road proposals and listing the names of member companies that had contributed to the cost of the ad. The list included local charities that, being publicly funded, had no business funding such an ad and they categorically denied having done so when asked.

The chamber of commerce eventually admitted that very few of the companies listed had actually contributed to the ad. However they thought it reasonable to say that many more had, even though they hadn't.

The Advertising Standards Authority upheld a complaint against the ad on the grounds that it was a misrepresentation. I would call it identity theft. The idea was, presumably to create a flashy bit of evidence that a pro-road speaker could wave about during the Inquiry, thus deceiving the Inquiry into believing the road was strongly supported within the local community. This despite their efforts to rally such support having been politely declined.

It is this rotten cabal of pro-road scammers and their stooges in the County Council that keep this money-leeching scheme on the agenda.