Police appeal as hunt for missing Lancaster man steps up 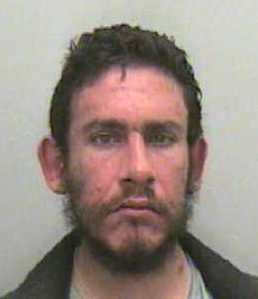 Police are appealing for information as to the whereabouts of a Lancaster man who went missing earlier this month.

43-year-old Anthony Ramos, of Ambleside Road, Lancaster, was reported missing by his family on 9th August. He was last seen in Preston in April and is known to have been in London in April – May.

Anthony, who also uses the name Fred Redman, is 4ft tall and walks with the aid of two crutches. He has collar length black hair and a beard.

“Anthony has gone without making contact with his family for long periods in the past before, but on this occasion they are particularly worried about him," says Sgt Simon Twist of Lancashire Police.

“I would ask Anthony, or anyone who may know where he is, to get in touch so that we can put minds at rest. If he does not want to speak to his family directly, we can pass on a message to let them know that he is alright.

“Anthony can also attend any police station in the country, where officers can see he is safe and well, and they can pass on a message to us.”