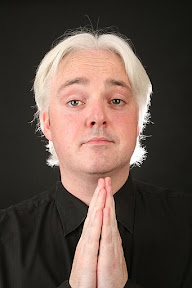 Those funny folk at The Lancaster Comedy Club will be bringing a truly international flavour to the city on Sunday 14th November with acts from as far afield as Ireland and New Zealand.

On the bill are Dublin's Caimh McDonnell, whose gentle yet incisive humour makes any audience feel involved whilst playing with their expectations - sucking them in with his chatty, playful stage presence before metaphorically slapping them in the face with an unexpected punchline.

Caimh's also in demand as a writer with stuff popping up on the airwaves and on telly's 2DTV. 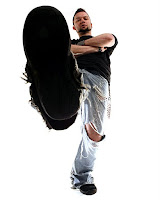 Geordie Andy Fury has been making a name for himself up and down the country as he squeezes in the comedy around his day job as a journalist. As always, the show comes complete with a compere and meal deals are available for those who fancy making a night of it.

• The fun takes place in the upstairs room at The Borough, Dalton Square on Sunday  14th November. The show starts at 8.00pm and admission is £8 on the door if tickets left but those in the know book in advance for £6 on 01524 64170 or at www.wegottickets.com
Posted by John Freeman at 11:12