The Conservative Party has gained the parliamentary seats of Lancaster & Fleetwood and Morecambe & Lunesdale with majorities over Labour of 333 and 866 votes respectively.
With the counts only beginning at 9am the following day the national election result had been called as a 'hung' parliament hours before the local results were in.

Eric Ollerenshaw gained the new constituency Lancaster & Fleetwood for the Conservatives with 15,404 votes, a notional swing from Labour of 4.8%.

There was some consolation for Labour in the Skerton West by-election, which John Harrison held for Labour with a 43.7% majority.

The Pavilion Cafe at Williamson Park, Lancaster is to be given a new fresh tasty look in preparation for another busy summer season.

This means that the café will need to be closed for refurbishment from Monday, 10th May for a period of approximately two weeks.

An alternative refreshment area is being provided at the park whilst the work is being carried out.

The re-opening of the café on Saturday 22nd May at 10am will see the launch of a brand new menu of delicious food and drink using locally sourced products. A variety of entertainment and activities will be taking place throughout the day to mark the event.

Keep an eye out for more information nearer the time by visiting www.lancaster.gov.uk/williamsonpark or by contacting the park tel. 01524 33318.
Posted by John Freeman at 13:30 No comments: 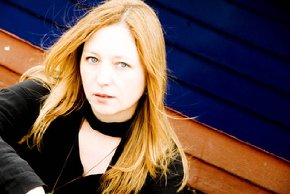 Lancaster LitFest has added an extra event to its Spring season, with novelist Scarlett Thomas, who teaches creative writing at the University of Kent, booked for a special reading in May.

Her last novel, The End of Mr Y

, was an international bestseller, selling 150,000 copies and long-listed for the Orange Prize for Fiction 2008. She'll be bringing her new novel, Our Tragic Universe

, to the Storey Auditorium, The Storey, Meeting House Lane, Lancaster on Tuesday 25th May at 7.45 pm.

In this new novel, if Kelsey Newman's theory about the end of time is true, we are all going to live forever. But for Meg - locked in a dead-end relationship and with a deadline long-gone for a book that she can't write - this thought fills her with dread.

Lost in a labyrinth of her own devising, could there be an important connection between a wild beast living on Dartmoor, a ship in a bottle, the science of time, a knitting pattern for the shape of the universe and the Cottingley Fairies?

"Smart, entrancing and buzzing with big ideas, Our Tragic Universe

is a book about how relationships are created and destroyed," says Scarlett of the novel on her web site, "and how a story might just save your life."

and The End of Mr Y

, described by the author Philip Pullman as "Ingenious and original. A cracking good yarn, fizzing with intelligence".

Currently working on her ninth novel, The Seed Collectors, her work has been translated into more than 20 languages, and along with the Orange Prize nomination, she's also been shortlisted for the South African Boeke Prize. In 2001 she was included in the Independent on Sunday's list of the UK's 20 best young writers, and in 2002 she won an Elle Style Award for the novel Going Out.

As well as her novels, she's written short fiction and articles for various anthologies and publications, including Nature Magazine, the Guardian and the Independent on Sunday, and had stories broadcast on BBC Radio 4.

• Tickets for the reading can be bought online at www.litfest.org, in person at Lancaster’s Visitor Information Centre at the Storey Creative Industries Centre, or by calling 01524 582394.

Posted by John Freeman at 10:44 No comments:

Appeal after cyclist knocked from bike in car park

Police are appealing for information after a young cyclist was knocked from his bike while in a Lancaster car park.

The 12-year-old boy had been on his bike in the PC World car park, off Caton Road, Lancaster, at around 8.30am on Monday 26th April when a vehicle reversed into him.

The driver failed to stop and the youngster was taken to hospital suffering from facial injuries.

"There would have been a queue of traffic on Back Caton Road at the time and apparently a motorist stopped to help," says PC Craig Irvine from the road policing unit. “I would appeal to anyone who information about this incident to get in touch." 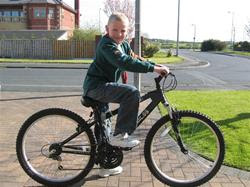 Local Cub and Morecambe resident Lewis MacPherson has set himself a big challenge next month: cycling 25 miles to raise money for a new Scout Groups minibus... quite a challenge for a ten-year-old!

"I love cycling," explains Lewis, who is a cub scout in 16th Morecambe and Heysham Cubs "and we desperately need a new minibus as the one we have is falling to bits!"

Lewis plans to cycle 25 miles on Saturday 15th May to raise money for the cause, cycling the length of Morecambe Prom four times (one length being from where the cycle path starts at Heysham to VVV Sports) then home.


"If we don't get a new one, all the cubs will have to get very good at cycling," jokes Leiws, "as we'll have to cycle everywhere!"

• You can support Lewis by donating via justgiving.com/lewisbigcycle
Posted by John Freeman at 11:23 No comments:

Saying No to Murdoch 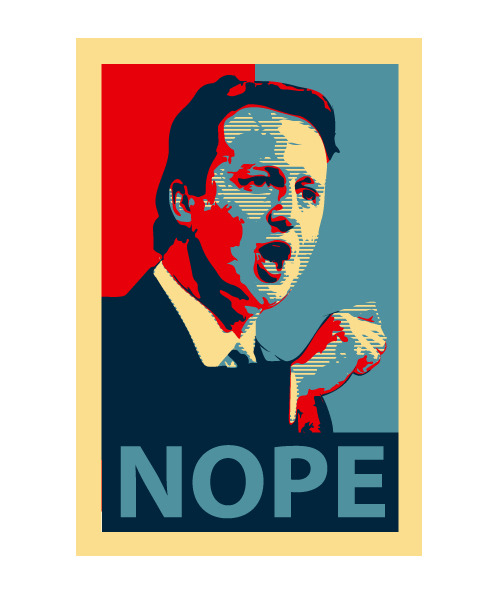 This response to today's The Sun cover is being re-published across the Internet. Locally, many are infuriated at Sun owner Rupert Murdoch's continued belief that he can tell us what to think.
Posted by John Freeman at 10:43 No comments:

Democracy site TheyWorkForYou has posted a Question and Answer feature with local candidates for the Lancaster and Fleetwood constituency, challenging them on their views on various local matters such as the building of a third nuclear power station at Heysham and the proposed Heysham M6 link road.

By indicating your views, the Quiz reveals which candidate most reflects your own on both local and national issues, which may help guide your voting choice later this week.

On the building of Heysham 3, only Clive Grunshaw supports the building of a third station, arguing "Nuclear energy is a relatively clean fuel with low carbon emissions. It also provides much needed local employment.”

"We support renewable energy technologies and nuclear is not renewable," counters Gina Dowding. "Uranium is a limited and fairly rare resource not found in Europe. It is therefore neither renewable or local. Heysham is [also] within five miles of a major housing conurbation."

Stuart Langhorn is the only supporter of the proposed M6 Link. "The reality is that the industry of this district lies on the Morecambe side of the Lune," he argues. "The route, whilst not perfect, is the only thing on offer to deal with this."

Langhorn also argues that those who have proposed a rail freight alternative have not answered where the districbution centre is, ignoring well documented Green and other proposals to revamp the existing Carnforth railyards.

“Lancaster's transport problems need a radical solution," feels Clive Grunshaw, who is neutral about the proposal. "This may help but I'm not entirely convinced that it will provide all the answers.”

Despite mixed views, all the candidates feel the County Council would do better to deal with Lancaster City Centre traffic congestion (new bridge to Luneside, park and ride, etc.) before building £140 million lorry link.

"“As part of an overall package to resolve Lancaster's transport issues the Park & Ride should be introduced as soon as possible," says Clive Grunshaw. Echoing the views of Morecambe and Lunesdale candidate Geraldine Smith, he also says a new bridge would also be beneficial.

This online feature echoes recent Q&As published by both the Lancaster Guardian and the Morecambe Visitor with local candidates; the Chamber of Commerce also published a business-oriented Q&A in its magazine, Business Matters, available from their offices on Fenton Street and the library.

• View the Lancaster and Fleetwood Quiz on TheyWorkForYou

• No candidates have yet responded to a similar appeal for views for Morecambe and Lunesdale, but perhaps if enough people send emails to them, even at this stage, by following this link on the Democracy Club web site, they might yet respond. The Democracy Club is part of a group of non-partisan organisations who are trying to better communication with MPs and the electorate using the web.
Posted by John Freeman at 11:00 No comments: