Appeal after bar man is threatened in Lancaster 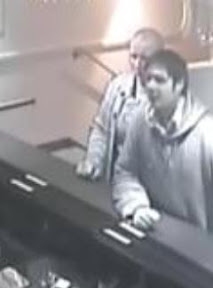 Police have issued CCTV images of two men they are keen to trace after a bar man was threatened after he refused to serve two drunk men in a town centre bar.

The offence took place at the Mint bar on Church Street just before 1.00am on Thursday 28 April.

The bar man refused to serve two men alcohol as he believed them to be intoxicated. Unhappy, the two men then moved around to the service side of the bar and picked up bottles from behind the bar whilst making threats and displaying very intimidating and aggressive behaviour. 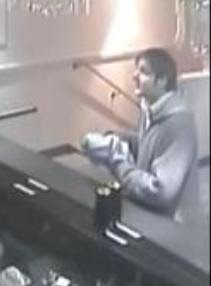 One of the men also attempted to grab the member of staff as he tried to flee past them and call the police. 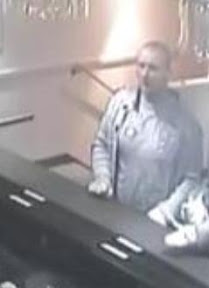 PC Dave Nicholls said: “An investigation is underway and I would urge people to take a close look at the CCTV images and if they recognise either of the men to contact police on 01524 63333 or Crimestoppers anonymously on 0800 555 111.”