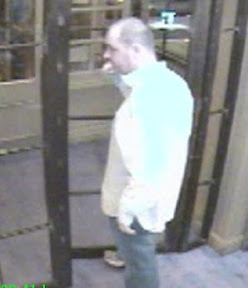 Lancaster Police are appealing for information after a man was verbally assaulted and had a drink poured over him in a bar in Lancaster at the weekend.

At some time between 2am and 3.00am on the 9th May, the man, who was out drinking with his partner in the Revolution bar on Penny Street, was approached by a man who pushed into him, made a homophobic remark and poured his drink over the victim.

Police have issued CCTV images of a man they would like to speak to in connection with the incident and are asking anyone who may recognise him to come forward.

He is described as white, around 6 feet tall and of heavy build with a bald head.