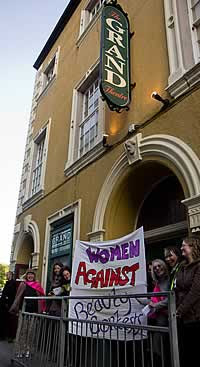 When NLP hypnotherapist Mark Darlington organised a beauty pageant for for young, single women without children in Lancaster, he picked the wrong town. Lancaster women mounted a hilarious protest outside the Grand Theatre on Friday, during the Miss Morecambe & Lancaster pageant, with a giant banner and sashes bearing titles such as ‘Miss Behavin’, ‘Miss Chief’ and the like (and in the case of the man supporting the demo ‘MissTer’).

A joke flier bearing a picture of pageant organiser Mark Darlington posed much as a pageant winner might, in a Mr England sash, was much in evidence. It’s safe to say the image was photo-shopped as that union-jack pouch didn’t seem to meet with approval from pageant organisers.

Security was high, with three bouncers on the door, and the Grand’s manager popping in and out like a cuckoo clock to check on the protest. Younger women attending the event came outside to complain to protesters that leaflets handed out to them were being taken off them by security men as they entered. They weren’t being taken from men, or older women. Just young women. Security said they had instructions from the Grand Theatre management, but would not explain why young women alone were being singled out in this way. The manager of the Grand also would not explain why the younger women in the audience were alone in being threatened. Perhaps the women planning to march in this Saturday's 'Slutwalk' protest in the city centre could come up with a reason.

Protesters were much in evidence outside the Grand but people actually attending the contest were very thin on the ground; the handful of competitors, mums and bfs who trickled in would barely have filled a portakabin, let alone the Grand. 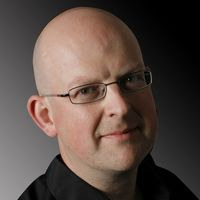 The Miss England regional heats are largely run in the North West by hypnotherapist and weight-loss coach, entrepreneur Mark Darlington of MDC Events Ltd, based in Deeside, near Wrexham, also known as Mark Jones.

Looking at the handful of MDC websites (eg http://www.miss-bolton.co.uk/) for the various Miss England NW heats Mark Darlington organises, it’s difficult to assess what is going on with the pageant. There are few sponsors in evidence and a photographer featured on the Miss Burnley website no longer appears to be trading.

Bizarrely, several Miss England NW websites display tweets from ‘@MissEnglandNW to comedian Sarah Millican such as:
"@SarahMillican75 Loved Chester last night, thank you! See you in June".
A quick look through Millican’s tweets shows no reference whatever to the Miss England pageants, though she was in Chester testing out a TV pilot on the day, and will be trying out her Edinburgh show there in June. It’s not clear why unsolicited fanmail from Mark Darlington’s business twitter to Sarah Millican is featured on a Miss England website. One might almost think he was trying to give an impression that they were connected in some way, although it doesn't feature on his personal twitter. 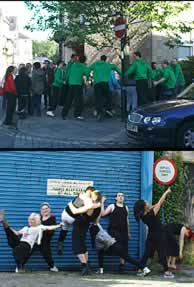 Round the corner on the same evening the Dukes Theatre was hosting a youth streetdance festival. At 7pm about twenty teenage girls and boys stopped the traffic on Moor Lane with a big, choreographed outdoor piece that drew crowds along the pavements and had everyone clapping along. Without wasting a fortune on hair, nails, eyelashes, nose jobs, shoes and fake tans, they had worked hard to put on a great, witty show, often self-parodying. You couldn’t imagine anyone bullying them.

It’s time the Grand got the 21st century too.
Teenagers stopping the traffic for art and to lift the public spirits is better than teenagers being trafficked for sponsorship. As North West businesses seem to agree.

See Also: Warning! Beauty pageants many be damaging your health.
and This week at the Grand: Girl Traffic

Photo of Mark Darlington from: naturaltherapyforall.com
'the better way to find a therapist'
Posted by Chris Satori at 18:12

Are you actually being serious?!

Well done to all the protesters. Beauty Contest`s should be kept in the past. They discriminate and place pressure on women and also men. I wish the protesters well--I give those people with common sense my support.

I wasn't able to make the protest, but just wanted to say a big well done to everyone who went. It's so important that these types of events are challenged. Men like mark and the companies who use the women afterwards should be ashamed of themselves. Women are worth more than any prize they could award them.