This week at the Grand: Girl Traffic

Sneaking into the Grand Theatre this Friday is the 'local heat' of the Miss England pageant. You won't find the Miss Morecambe & Lancaster competition listed on the Grand's website. You aren't invited!

This pageant is a private treat whereby a certain type of 'sponsor' can buy access to young female hopefuls. Sponsors get tickets, can be judges and buy options on use of the 'winners' (age 17-24). There are many side titles in each heat, so plenty to go around.

According to the organisers, MDC Events Ltd, an amount which "may be more affordable than you might imagine" could buy a pageant queen or two laid on for your corporate events. MDC Events get the pay for supplying the girls / young women. These get their travel expences, from the sponsor. And a hotel room. Nice.

It's just a bit of harmless fun?
Some say this is all just a bit of harmless fun - or even a celebration of female beauty. However any beauty that isn't aged 17-24 and a size 14 or less, or happens to be married, or have children, or have a title other than 'Miss' (for example Dr.), is excluded under the rules. Contestants must be young, thin, unattached and without status. 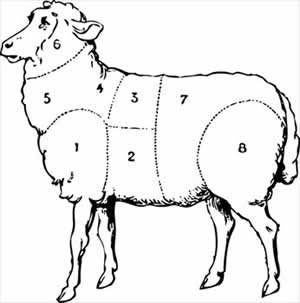 Organisers have justified competitions by claiming that characteristics other than appearance score points - but the contestants' photos are presented for voting on the Miss Morecambe & Lancaster website without any information about them - in fact a well-presented corpse could actually win a title!

Compete for the meat.
It's easier to exploit people if you can eliminate their human characteristics and focus on the anatomical; skin colour, breasts, noses, foreskins etc. This pageant is organised so that various anatomical portions of the 'contestants' can get special titles from individual sponsors too. Mouth, hair, legs, torso... It's a bit like those pictures of animal carcasses you see in butchers with the different joints mapped out.

Trafficking women's bodies is big business:
The all-parliamentary committee on human trafficking estimates that around 12,000 women (a Conservative estimate) have been trafficked into the UK and imprisoned and enslaved against their will. Each of these women was deceived into thinking that she was on the way to decent jobs and opportunities.
Slavery has always been a profitable business. In this case it is so because many thousands of UK men regularly pay to sexually abuse kidnapped women who live lives of terror and torture hidden within our society. This is a growing market profiting from grooming men into rape.

It may seem a stretch, but the creeping 'beauty' pageantry sneaking back into clubs, commerce and even universities, is part of the cultural processes that foster dehumanisation of women, and degradation and brutalisation of men, under cover of supposed 'opportunity' for both.
It's a visible marker of the slippage of women's status in a society in which 75% of people living in poverty are women and in which women's average incomes, already lower than men's, are falling faster.

It's also a marker of increasing unhappiness in our society.
Pageants are heavily backed by the advertising, beauty, fashion and diet industries, all of which have a vested interest in lowering self-esteem generally, in repackaging women as commodities for sale, rather than as acting drivers of their own lives and fortunes, and in grooming bigotry as an alternative to self-fulfillment.

Shame on you Grand Theatre, using young girls this way to pay your bills.

Virtual-Lancaster has approached the Grand Theatre for comments and they have, so far, declined.

See also: Warning: Beauty Pageants May be Damaging Your Health
Posted by Chris Satori at 11:08

This and many other local and regional heats are organised by a chap who has given his name as Mark Jones in the past - but in fact it is Mark Darlington www.markdarlington.co.uk. He is a hypnotherapist and self-styled lifestyle coach based in Ewloe, Deeside.

Weight loss is Mark's main business as a hypnotherapist (though he's pretty 'chunky' himself). Obviously women won't pay to feel better about themselves unless somebody is out there making them feel bad.

Mark and his beauty pageants are there to tell women they should be younger, slimmer, keener, (while he rents out a few 'winners'). And Mark the hypnotherapist is there to pick up the pieces