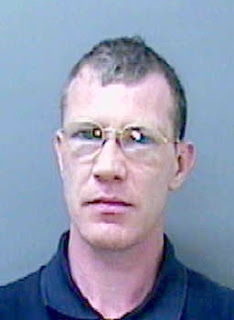 A 40-year-old man from Heysham has been sentenced to nearly five years in prison after pleading guilty to wounding at Preston Crown Court.

Sean Hann of Brunswick Road, Heysham was charged with wounding with intent and possession of an offensive weapon following a serious assault in Morecambe last November and he pleaded guilty to the offences on the first day of his trial on the 23rd May.

The case was adjourned and he appeared at Preston Crown Court on Friday (24th June) where he was sentenced to four years and ten months in jail.

Just before 5pm on Saturday 6th November 2010, police were called to West End Road to reports of a serious assault. On arrival, they found a 43 year old man with stab wounds to his back and neck.

The 43 year old victim was initially in a critical condition but fortunately, has since made a full recovery.

Detective Inspector Nina Foley said, “This was a particularly vicious assault and the victim was lucky to survive. By pleading guilty, Hann has at least ensured that his victim and his family did not have to re-live the attack through a trial and can now hopefully move on from this.”
Posted by John Freeman at 14:52