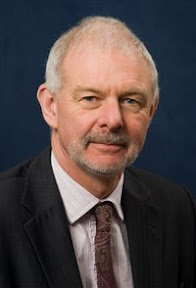 Professor Peter Strike today begins a new chapter in his career as new vice chancellor of the University of Cumbria.

“It's great to be returning to the region in which I grew up," says Professor Strike, who is looking forward to his new role. "Although the university itself is relatively new, many of its component parts have, for many years, played a major part in the cultural and economic life of the region. The challenge for me, and for my senior team, is to continue to build on this legacy, creating a vibrant institution of high academic merit that provides opportunities for all those who wish to benefit from the experience of higher education.

Outside of work, Peter's interests include hill and mountain walking, long-distance walks and sailing. An RYA Yachtmaster Offshore and an RYA-approved teacher, he also served for 17 years with the Royal Navy Reserve as senior training officer with the Liverpool Universities’ Royal Navy Unit.

“I'm confident that Peter will continue to lead the university through its next stage of development," says Stephen Henwood, Chairman of the University Board. "Peter’s distinguished academic career and extensive experience in management and leadership positions makes him well qualified for this role.”

I look forward with keen anticipation to working with the staff and students of the university, and with our partners and stakeholders within Cumbria and beyond, to deliver that outcome.”

The appointment has also been welcomed by the University of Cumbria Students’ Union, which also pays tribute to the work of the outgoing vice chancellor, Professor Graham Upton.

"Graham started his tenure as interim vice chancellor 14 months ago when the university faced significant challenges," says Liam Walker, the Students' Union Representation Sabbatical of the University of Cumbria and a former Lancaster campus student, "and has managed in that short time to stabilise the institution despite facing difficult operating circumstances in the entire higher education sector.

"His leadership has enabled the university to secure not only its short term future but clearly state its long term ambitions within achievable timescales.

"It has been an incredible turnaround, and students particularly note the university's stable financial position and established senior management team."

"We're confident having met Peter Strike that he can build on Graham's successes as vice chancellor. Peter is originally from Cumbria and has many personal interests in developing the university in the years to come. The Students' Union is certainly looking forward to working closely with Peter and the university on key issues which face our members both academically and in 2012 under the new fee regime.

"Having met the senior management team, we feel that the university is really driven to tackle key issues head on and succeed in delivering top quality education. It is certainly an exciting time to be involved at the University of Cumbria."
Posted by John Freeman at 10:16