Could wanted man Graeme Jarman be in our area? 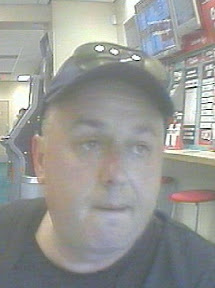 Two weeks after the murder of Hexham pensioner Judith Richardson, police are widening their enquiries and have announced a nationwide hunt for suspect Graeme Jarman.

Police say he could be anywhere in the country - including the North West.

Miss Richardson (77) was found dead at her home on Saint Wilfrid's Road, Hexham on the evening of Friday, August 19. She had been beaten to death with a hammer.

For the past week police in Northumbria, Durham and Cleveland have been working to trace Graeme Jarman (47) who went missing from his Durham home on 17th August and has been named as a suspect in the murder investigation.

Over the past two weeks we have had hundreds of calls and pursued numerous lines of enquiries. However there have been no confirmed sightings since Friday 26th August and this means that we have to consider the possibility and probability that Jarman could be anywhere in the country. 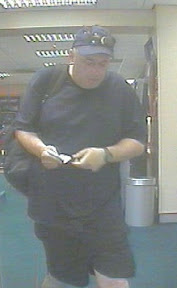 "We are keen to speak to Graeme Jarman, who has committed serious violent and sexual offences in the past," said Det Chief Supt Neil Adamson.

"We have been making lots of enquiries about his background.

"What we know is that he likes sport, including cricket and football, and that he also likes to go to bookmakers and betting shops.

"In fact we now know he has had a problem with gambling for years.

"It is just possible that in the week before the murder Graeme Jarman has lost a lot of money at the bookies and he has been desperate to get his money back.

"We know that he reads the papers and follows the news and if gambling is a cause for what has happened, if it makes sense to him, he knows he can walk into a police station and then there would be a lot less stress for everyone.

"So far our enquiries have been predominantly around the north east, but as the days go by, we have to consider the possibility and probability that he has moved away from this area.

"He has a background of offending in numerous parts of the country and so I am asking people across the UK who may have seen Mr Jarman to get in touch with information.

"We need people to call in - what might appear to be trivial could be crucial in our efforts to speak to Graeme Jarman." 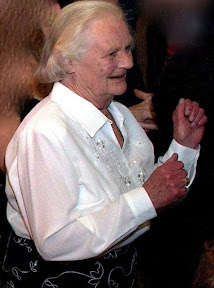 The niece of Judith Richardson has also spoken to ask for the public's help in finding her aunt's killer.

She said: "We are a very private family and we are finding all of this so horrific. We thank everyone for all the lovely condolences and good wishes that we have received and sincerely thank everyone who has helped the police in anyway.

"We would also like to ask everyone to please keep helping the police with any information to assist them in finding whoever is responsible for Judith's devastating death."

Det Chief Supt Adamson added: "We urge anyone to contact Northumbria Police or their local force should they see this man. He should not be approached by the public as it is believed he could be a risk to himself and others."

- Crimestoppers is also offering a £5000 reward to any one with information which leads to the arrest and conviction of Judith Richardson's murderer.