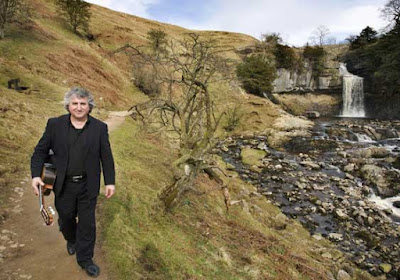 In a career spanning four decades, guitarist and composer Niebla has been acclaimed as one of the world's great guitar virtuosos and a potent force in flamenco jazz fusion today. He takes his flamenco gypsy jazz roots and fuses them with Latin, Arabic, classical and Indian influences to produce the most electrifying, brilliant and poetic guitar playing.

His music is not only marked by brilliant technique, passion and verve, but a poignancy that comes from his childhood years "growing up with the Gypsies on the outskirts of Girona, Spain"

Accompanied by Matthew Robinson on guitar, Eduardo is touring to village halls in rural locations across Northumberland as part of the county's touring scheme 'Highlights'. The concert will feature music taken from his new album My Gypsy Waltz, launched at the Queen Elizabeth Hall earlier this year and will include intricately brilliant, passionate flamenco infused with a myriad of Eastern colours and a Gypsy-jazz edge.

“It's wonderful that small communities can see such a big talent locally," enthuses Helen Baines, who is promoting the event at Queen Elizabeth School. It's an amazing opportunity for us to hear world-class playing on our doorstep.”