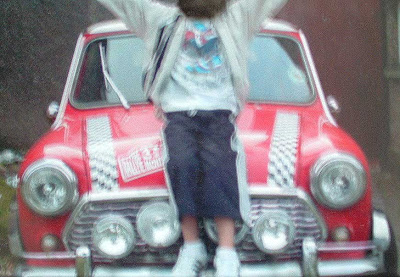 Police are appealing for information after a car and a number of tools were stolen from a garage in Lancaster.

The garage on Patterdale Road is used as a storage facility and the theft happened between the owners last visit to the garage on the 30th July and when the items were noticed missing on 27th August.

When it was stolen, the car had flat tyres and no battery and so officers believe the offenders must have used a low loader van or something similar to remove the car.

Also stolen in the burglary was a bench grinder tool, three plastic crates full of tools including sanders and other hand tools, a set of four brand new Hyundai alloys and six eight by four wooden boards.

Also stolen was a mounted stuffed fox’s head with a stuffed tail and also a silver tail mounted on a wooden board, a roll of 8mm copper and a metal double sink.

Police are appealing for information and are asking anyone with any information to come forward.

PC Sarah Jackson who is investigating the theft said, “There have been some particularly unusual items taken so I would appeal to anyone who may have been offered any of these items to come forward and contact police.

“Similarly, if anyone has any information about any suspicious activity in the area then please let us know; even the smallest piece of information could assist us in our investigation.”

• Information can be passed to police on 08451 25 35 45 or you can contact the independent charity Crimestoppers anonymously on 0800 555 111 or on-line at Crimestoppers-uk.org. No personal details are taken, information is not traced or recorded and you will not go to court.
Posted by John Freeman at 16:23