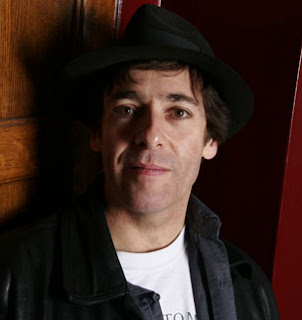 Comedian Mark Steel will make Lancaster and the quirks of similar small towns and cities the butt of his jokes when he appears at The Dukes on 3rd December.

Based on his award-winning Radio 4 series, Mark Steel’s In Town is a celebration of small town life in a country of cloned high streets.

Mark will reflect on different towns across the UK and delve in to their history, people and idiosyncrasies in what will be a bespoke stand-up show for Lancaster.

His observations on the small, sometimes forgotten, towns of Britain go right to the heart of British culture today, championing the very people who shape the places we live in now.

Mark said: “On the way to a show in Skipton, I noticed a road sign to a town called Keighley. So later, during the show, I mentioned this, asking the audience, 'Is that your rival town?' And the room went chillingly quiet, until one woman called out with understated menace, 'Keighley is a sink of evil'.”

“As everywhere hurtles along a route towards being identical to everywhere else, it seems any expression of local interest or eccentricity is becoming a yell of defiance. The elements of a town that make it unique are what make it worth visiting; they change a journey from being functional to being an experience. “

A comedian since 1982, Mark Steel regularly appears on radio and television and is a national newspaper columnist. His new book, Mark Steel’s In Town, has just been published to coincide with his tour.

Mark appears as part of the live comedy season at The Dukes which is recommended for anyone aged 16 plus. Completing the line-up on 9th December 9 is Arthur Smith.