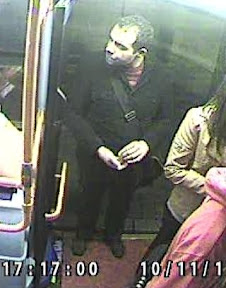 Police are appealing for information and have released CCTV images after two indecent assaults on buses in Lancaster, both on young women believed to be students at Lancaster University.

The second incident took place a week later on Thursday 10th November 2011 again around 5.10pm this time on the 2A service, also running towards the University.

On both occasions, a man came and sat next to the women whilst on the bus and then began touching them inappropriately. Both women were able to move away from the man and get off at the next available bus stop.

Police have been reviewing CCTV and have released two images of a man they wish to speak to in connection with the incidents.

DC Brian Shepherd of Lancaster CID said, “We would appeal to anyone who may have been on either of these bus services that might have any information to come forward.

“Similarly, we are appealing to anyone who may have been in the area of the University around the relevant times to think back and to contact us if they think they can help with our enquiries.” 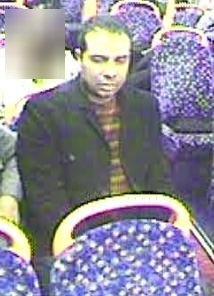 The man is described as being of Eastern Mediterranean appearance, aged between 35 to 45 years of age, of medium to heavy build with short dark hair. He is also described as having pock marked skin.

On both occasions the man was wearing dark clothing and had a laptop style bag slung over his shoulder.

Alternatively, people can call independent charity Crimestoppers anonymously on 0800 555 111 or on-line at Crimestoppers-uk.org. No personal details are taken, information is not traced or recorded and you will not go to court
Posted by John Freeman at 23:13