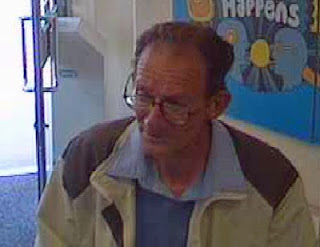 A man who stole charity boxes from premises in Lancashire, Cumbria and North Yorkshire has been jailed for four months.

He pleaded guilty to the charges and asked for another 31 offences across Lancashire, Cumbria and North Yorkshire to be taken into consideration.

Hewitt was arrested after new CCTV images of him were released in a witness appeal and colleagues at North Yorkshire Police contacted Lancashire officers to make them aware of his identity. He was then seen by officers in Market Street, Lancaster, on 9th February and arrested.

“Charities rely on the generous donations made by the public," commented PC Ben Hanley, Lancaster Police.

"To steal money from such good causes, depriving them of much needed funds, is quite despicable.”

I have seen other cctv images of this man. He appears to be quite severely underweight and poorly dressed with the complexion of a rough sleeper. Now he will get a warmer place to sleep and three meals a day. At a cost of about £3,500 a month. No wonder our country is in debt.