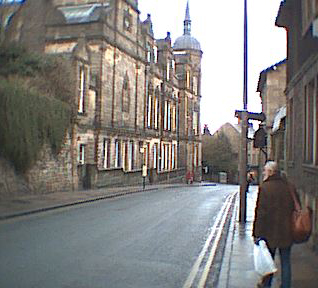 The decision has meant that Tourist Information Centre has temporarily moved to Lancaster Library, but business tenants are still working in the building as normal - and have issued a joint statement urging the Council to talk to them in an effort to resolve the situation.

In a statement following Wednesday's Full Council meeting which discussed the situation, the Council explains that the building is currently leased to the Storey Creative Industries Centre Ltd, a private company responsible for the tenancies and management of the building.

On Wednesday, councillors voted to withdraw support from the company and, should the company cease trading, seek forfeiture of the lease the company holds.

Coun Eileen Blamire, leader of Lancaster City Council, said: “The Storey Institute is an important building and a key gateway for this area of Lancaster, which will become increasingly important as proposals for the future use of the castle come forward.

“The council sympathises with the building’s tenants and the over 100 people who work in the Storey, but it has become increasingly clear that there are fundamental issues with the operations and finances of SCIC Ltd.

“That’s why I supported the proposition put forward to Council that we should withdraw our support for the company and seek a new way forward."

Speaking on behalf of the Storey’s residents, still unclear on the building's future, Michael Gibson, director of Fat Media told the Lancaster Guardian: “Councillors said they wanted to help tenants to find a future. This sadly wasn’t true.

“Today the City Council closed its own Tourist Information Centre that was located in the building and moved it to another council building. They have clear information that presumably jeopardises the future of their tenancy but aren’t willing to share that with tenants and their staff.”

In a full statement, supported by all the building's business tenants, the companies are urging the Council to meet with them, to plan a way forward for the building - pointing out they have just received rent bills but no idea who the rent is to be paid to.

"We’ve got loads of ideas to make the building break even, not in the future but right now," they say. "Talk to us!

"We’ve worked hard to create jobs and investment in the Lancaster district. Don’t abandon us now. Let’s work together to create a vibrant and viable future for all these businesses and the Storey"

As a tenant of the Storey I'd like to direct attention to a collective statement made by the tenants today. http://workshop-media.co.uk/a-positive-future-for-the-storey-statement-from-tenants/

Thanks, I've updated the story above and re-posted the statement in full in a separate news story here: http://virtual-lancaster.blogspot.co.uk/2012/07/storey-centre-tenants-issue-joint.html.