Teen given two-year ASBO banning him from Heysham estate 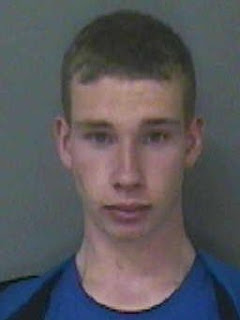 A teenager who has spurred others youngsters into acting in an unruly manner has been banned from a Heysham estate.

16-year-old Jaydon Garthwaite, of Rothesay Road, Heysham, was given a two year anti-social behaviour order after Lancaster Magistrates Court heard how he had caused a catalogue of problems for local residents and shop staff.

Under the terms of the ASBO, Garthwaite is now banned from Heysham’s Combermere estate. The ASBO also prevents him from associating with William Morrison, Anne Jane Morrison, Tyler Ley or Scott Bowden in any public place or associating with Daniel Bell, Ryan Bowden, Aiden Westby or Daniel Westby in any public place other than Heysham Community Centre on Middleton Road, Heysham or DW Sports fitness, on Central Drive, Morecambe. He is also banned from causing harassment, alarm or distress to others.

PC John Davis, Morecambe Police, said: “Garthwaite’s behaviour over the last year has often been aggressive and threatening, and at times has been fuelled by alcohol. As a result, a large number of families in the local area have suffered, and those with young children often do not want them to play out for fear of their little ones coming across Garthwaite and his associates.

“He has been abusive to residents, shop staff and police officers and he encourages others to act in a similar manner, which only exacerbates the problem.”

He added: “ASBOs are designed to put restrictions on a person so that they can assess the way they behave and hopefully make a few changes for the better. However, if they refuse to comply, they face arrest and will be put before the courts. We hope that the community feel reassured that the ASBO on Garthwaite is now in place and that it shows we will not allow people to behave in this way.”
Posted by John Freeman at 20:00