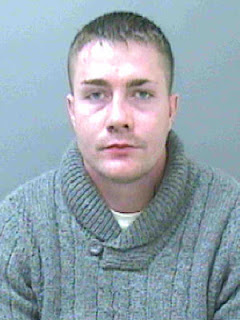 Police are appealing for information about a Lancaster man who is wanted on prison recall.

Gary Hall, 25, who is previously of Aldrens Lane in Lancaster, was sentenced to 14 months in February 2012 at Preston Crown Court for an assault which happened on Alexandra Road in Morecambe on 14th August 2011.

He was later released from prison on licence but has since breached the terms of that licence and has therefore been recalled to prison.

He has connections to the Lancaster and Morecambe areas but his current whereabouts are unknown.

DI Colin Forsyth said, “We would ask the public to be vigilant and to report any sightings to the police - any details could be crucial.”

• People with information can also contact the independent charity Crimestoppers anonymously on 0800 555 111 or on-line at Crimestoppers-uk.org. No personal details are taken, information is not traced or recorded and you will not go to court.