Is 'Vertigo' really the greatest film ever made? 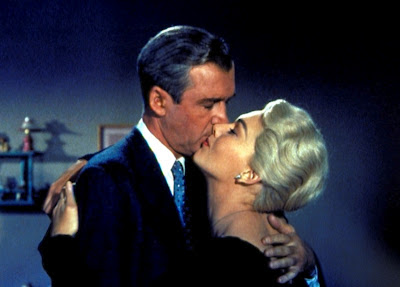 Make up your own mind whether Alfred Hitchcock's Vertigo is the greatest film ever made when it’s screened at The Dukes cinema in Lancaster on Sunday 7th October.

The Hitchcock classic has recently replaced Citizen Kane which had a 50-year reign at the top of a poll of the world’s leading film critics and directors taken every ten years by Sight and Sound magazine.

Vertigo (PG) stars James Stewart as a San Francisco detective with a fear of heights as he investigates the strange activities of an old friend’s wife with whom he becomes dangerously obsessed.

The Vertigo screening will include a 10 minute introduction at 7.30pm by Dr Bruce Bennett, a Film Studies lecturer at Lancaster University.

The Dukes wants to know whether you agree with the poll which crowns Vertigo as the best film ever made. If not, send your favourite three film titles by Twitter(@The DukesTheatre); Facebook (The Dukes, Lancaster) or email (ticketsATdukes-lancaster.org).

A list of the results will be compiled and The Dukes hopes to screen the top film at a later date.