Lancashire Police Commissioner to hit the streets in 2013

Lancashire's Police and Crime Commissioner Clive Grunshaw and his team will be hitting the County's streets this year.

Mr Grunshaw will be touring Lancashire, throughout January, to get the views of residents on crime and policing, but his nearest events to our area are on the Fylde and Garstang on 17th January.

"I am very much looking forward to the tour," commented Mr Grunshaw. This role is about talking to people, listening to concerns and reiterating them to the police force. The coming year will be about how the community's views can further improve policing in Lancashire."

From 11 - 25th January 2013, the Commissioner will host a series of roadshows – giving people the opportunity to meet with him and discuss their views.

The roadshows are in addition to the current survey, launched by Clive Grunshaw in December, asking people about their local policing priorities and what they expect from the new role.

The Commissioner continued: "I pledged to get out and about and this is just the start. 2013 will be the year I aim to visit and speak to as many people, organisations, groups and charities as possible. I want to create opportunities for people to talk to me openly.

"I will be drafting a Police and Crime Plan; outlining what areas of work Lancashire Constabulary should prioritise over the coming years. This plan will not reflect my views; it will reflect the views of the Lancashire community. I need people to get involved in these events and help shape that plan.

"I urge as many people as possible to come to the events. This is just the first phase of the roadshows, with more planned for later this year."

Those who attend a roadshow will have the option of completing a postcard, asking 'The one thing I want the PCC to do is...' and 'Which location in your neighbourhood should the police be focused on?'

The information will be added to the results of the survey, giving the Commissioner a clear view on people's priorities.

The Commissioner and his team can be spotted in each location thanks to a specially-designed van which will be driven across the County as part of the tour.

10am – 12noon: Community Clean-up event in Kilnhouse ward, Fylde (next to Tesco Express). Please note, this is not a roadshow event but the Commissioner will be taking part.

This the first in a series of roadshows taking place in 2013, so we assume Lancaster and Morecambe dates will be announced soon.

Posted by John Freeman at 10:00 No comments:

Holocaust Memorial Day commemorations to include music from young people 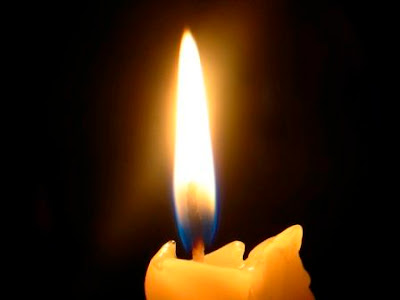 The performance is part of ‘Communities Together – Building Bridges’, a major programme of creative work delivered by the Lancaster and Lakes Jewish Community, Dukes Theatre, More Music, NCBI, Lancaster Priory Church, Lancaster City Council and others.

Scheduled events include a candle lighting ceremony on Thursday 24th January at 6.30pm in the Garden of Remembrance, followed by a musical and cultural evening in the Town Hall; educational visits to schools; a workshop, faith walk and inter-faith service at the Priory and a major exhibition to be staged at the Dukes Gallery  - “From Auschwitz to Ambleside” from 8-29th January.

The exhibition tells the story of a group of children orphaned in the Holocaust and flown by the RAF to England and to new homes in Cumbria.

• More information about Holocaust Memorial Day can be found on their website www.hmd.org.uk

Posted by John Freeman at 15:26 No comments:

(Updated 1824) This afternoon's power cut affecting Halton and other local areas looks as though it may mar New Year celebrations for some locals.

The outage - caused by what Lancaster Guardian staff on Twitter report is due to high voltage fault at a Carnforth substation - means over 1400 homes in the Halton area and beyond.

Electricity North West says power should be restored by 8.00pm for most, but warned that for some it might be as late as 2.00am.
It now looks like power will be restored by 9.30pm.

The power cut, which briefly affected Skerton as well as Bolton-le-Sands and Slyne, has affected TV signal for some.
This is the third power cut for some locals this month.

Some people without power or net access were infuriated that they were directed to the ENW web site to check on the power status in their area.

Quite apart from being caught in a power cut, the ENW web site is not configured for easy mobile browsing.

In the Spotlight: Lancaster and District Male Voice Choir 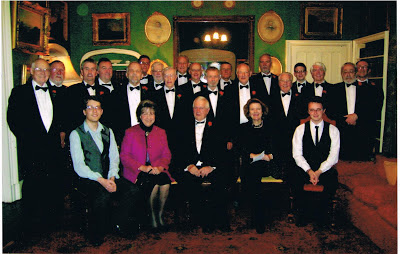 In the first of an occasional quick 'spotlight' on a local group. we spotlight Lancaster and District Male Voice Choir ...

Lancaster and District Male Voice Choir is one of the longest established in the district being founded in 1899.  Members come from Lancaster, Morecambe and the surrounding area.

The choir has a wide repertoire from traditional male voice and church classics to items from opera, musicals and folk music.

The Musical director, Derek Walters, has made male voice arrangements specially for the choir. They have a wide age range and give a particular welcome to school and university students.

• If you're a local group organiser in the Lancaster and Morecambe area, mail us your details following the format above via edATvirtual0-lancaster.net together with a picture and we'll present your information here and addit to the virtual-lancaster main site

Email ThisBlogThis!Share to TwitterShare to FacebookShare to Pinterest
Labels: In the Spotlight, Lancaster and District Male Voice Choir, Local Music

Andy Serkis Returns To The Dukes

Andy Serkis, the actor and Lancaster University graduate who trod The Dukes boards during his early career, returns to the big screen there in January.

Andy reprises his role as Gollum in The Hobbit: An Unexpected Journey (12A) which is screened at the Lancaster cinema from 4th - 10th January.

Since appearing as Gollum in the first Lord of the Rings film, Andy has advanced the art of ‘performance capture’ where an actor’s movements and expressions are electronically tracked and translated into Computer Generated Images (CGI) to bring a film character to life.

As well as Gollum, Andy has provided the acting for CGI characters Kong in King Kong, Caesar in Rise of the Planet of the Apes and Captain Haddock in Tintin.

Andy, who has is own Imaginarium Studios in London which specialise in performance capture and other technology, has always been a pioneering actor, even in his early days at The Dukes.

In 1987, he appeared as Lysander in A Midsummer Night’s Dream, The Dukes very first promenade production in Williamson Park.

During the Eighties, Andy performed in many Dukes productions including Privates on Parade, Company, Winter’s Tale, Sleeping Beauty, The Dresser, Volpone, and Red Riding Hood.

Andy has gone on to become a much sought after actor on the big and small screen where he’s played roles as diverse as Ian Drury and Ian Brady for which he was nominated for an Emmy and Golden Globe.

As well as acting in The Hobbit, Andy was also second unit director in this prequel to the Lord of The Rings trilogy.

The Hobbit sees the return of several Tolkien regulars for the fantastical tale of Frodo’s uncle. A curious Hobbit, Bilbo Baggins, journeys to the Lonely Mountain with a vigorous group of Dwarves to reclaim a treasure stolen from them by the dragon Smaug.

Posted by John Freeman at 13:18 No comments: