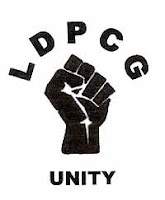 North Lancashire’s foremost pensioners’ campaign group, The Lancaster District Pensioners’ Campaign Group (LDPCG) has described the government’s plan to reform social care funding as lacking in basic credibility.  The LDPCG believes that the proposals do not include sufficient funding to tackle the problems that pensioners face.

Eric Jones, LDPCG’s spokesperson said:
“The social care system needs urgent and radical reform, but these proposals simply tinker at the edges. The current system is dogged by means-testing, a postcode lottery of charges, a rationing of services and poor standards.  Nothing in the plan looks like it will address any of these concerns.

"Setting a lifetime cap on care costs of £75,000 will help just 10% of those needing care, whilst the majority will be left to struggle on with a third rate service. The government needs to be much braver and bolder if it is really going to sort out the problems – otherwise in a few years time we’ll be back again having another look at the issue. Using inheritance tax or money saved from the state pension system simply won’t raise enough money to bring about the change that’s needed.

"It’s time we merged health and social care and had a truly integrated system which was funded through general taxation - like the NHS - rather than putting all the responsibility on pensioners and their families. Getting older and needing care isn't a lifestyle choice and so why should the cost of care not be shared by society as a whole? Frankly, the plan as it stands is not a credible solution and the Government should have a re-think.”