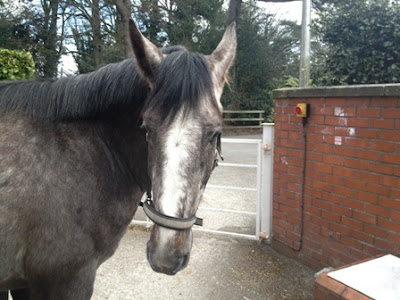 Lancashire Police’s Mounted Branch has welcomed two new police horses and to celebrate, members of the public are being given the chance to choose the name of the one of them on Facebook.

The Irish Draught breed horses, currently called Jack and Rupert until Rupert is renamed, arrived at the stables in March.

All entries are to be submitted through a poll on the force’s Mounted Branch Facebook page from a list of pre-selected names, and in line with Constabulary tradition, are to be named after a place or town in Lancashire. However, in a first for the force, famous people from the county are also on the list.

PC Adam Pearson from Lancashire Constabulary’s Mounted Branch said: “This is a great opportunity for public to get involved in naming a police horse.

“I’d invite people to visit our new Facebook page and vote for their favourite name for Rupert and he will officially be renamed later this month.

”You can follow our police horses, see photos and get regular updates from the Mounted Branch by liking our Facebook page.”

The winning name will be announced on 15 May and one of the people who submit the most popular name will be given the prize of a free trip around Mounted Branch to meet some of the horses and staff. 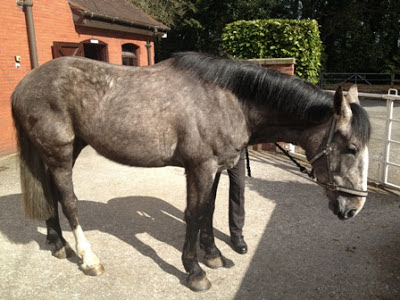 The force’s Mounted Branch joined Facebook in November last year, and given the horses popularity with the public they have now established over 1,600 ‘likes’. The page allows people to keep up-to-date with their work, including photos of the horses and information about some of the work they have been involved in.

Operationally, Mounted Branch horses and officers get involved in providing high visibility reassurance, targeting areas where crime has occurred. They also attend and police football matches and other large scale events to maintain order, as well as targeting wanted offenders and those breaking curfews.

• To follow the police horses and to find out more information please www.facebook.com/lancspolicehorses