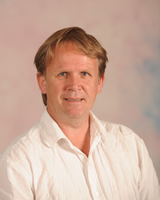 Formed in 1985 in Israel at Yad Tabenkin, the Research and Documentation Centre of the Kibbutz Movement,  the Association's aim is to provide a forum and framework for the scholarly exchange of information regarding communal life; communes, intentional communities, kibbutzim and other collective communities throughout the world.

“I was surprised, and a bit taken aback to be asked to become the ICSA president never having been to university and having drifted into research and writing rather late in life,” says Chris, who has been a board member of the association for a number of years.

The accolade has been given following the publication of Chris's second book on communal living, Communes Britannica, earlier this year. The book tells the story of communal living in Britain from the second world war through to the year 2000.

Beginning with wartime pacifists looking for an alternative to the death and destruction they saw the world descending into, through the 1960's & 70's hippy communes right up to the dawn of the 21st century where environmental activists are trying to create new communities that can cope with the challenges of climate change. 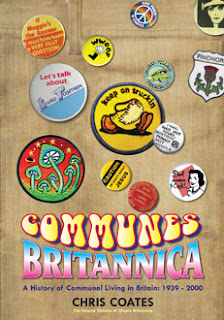 "I have lived in some sort of communal set up on and off for over 30 years," says Chris, "but I never dreamed that it might one day lead to being head of an international academic organisation.”

Before moving to Lancaster in 1998 Chris lived for 20 years in a small communal housing co-operative between Burnley and Accrington in East Lancashire. He was elected to the City council in 2003 and became County councillor for Lancaster Central in 2005. He currently lives with his partner at the award-winning Forgebank Cohousing project, a 40 unit ecohousing development on the banks of the river Lune at Halton that he helped to set up.

• Communes Britannica is published by Diggers & Dreamers publications and is available from: www.edgeoftime.co.uk/index.php?p=u2&c=d

• For those interested in more information on the history of communal living in Britain Chris has set up a blog site http://blog.utopia-britannica.org.uk/ through which he can be contacted.