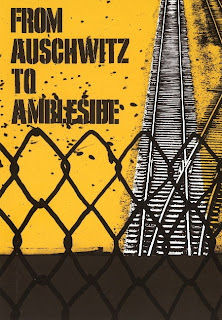 A newly developed Holocaust Survivor exhibition centre in Windermere launches with an afternoon of songs and music on 12 July 2013 in the gardens of Windermere Library.

The afternoon is dedicated to "The Boys" - the child Holocaust Survivors who came to the Lakes in 1945. All are welcome to attend this free gathering tha tstarts at 12.45pm and ends at 3.00pm.

A specially commissioned piece called The Butterfly Suite will be performed by Cumbrian children and will reach out to all children living in the shadow of hatred and intolerance.

The Lake District Holocaust Project is based inWindermere Library and has reopened after renovations. It now is presenting an enlarged permanent exhibition and seperate gallery for touring exhibitions and
activities.

The permanent exhibition "From Auschwitz to Ambleside" tells the remarkable story of the three hundred Jewish child Holocaust Survivors who came to the Lake District in 1945, and the community who welcomed them on the now "lost" village of Calgarth Estate near Windermere village.

Bob Obuchowski, one of the Jewish children who came to Windermere in 1945 says: "We came from the hell of the concentration camps to paradise - Windermere. Those first days of food, real beds with bedclothes and the great kindness we were shown, made us feel like human beings again. It's a time I will never forget.

"I am so thankful that this exhibition tells the story of our arrival to the UK and our rehabilitation and ensures that we and our experiences are never forgotten".

"The Butterfly Suite performance is a special day with children at the heart of the activity and event, just as the arrival of child Holocaust Survivors so many years ago changed the Lake District's relationship to the Holocaust forever."

The afternoon of songs and music organised by Andy Halsey and the charity Musiclinks supported by Arts Council England North West, Lakeland Disability Support, Cumbria Community Foundation, Frieda Scott Trust and Our Big Gig. (This will also be part of the national "Our Big Gig" music in the community post-Olympics initiative).

Amongst those performing will be the acclaimed Scribble Orchestra and Choir made up of children from all kinds of backgrounds and circumstances including children in mainstream education and those with disabilities and those with special educational needs.

• The Lake District Holocaust Project is open Mon - Fri 10am - 4.00pm (Closed all day Wednesday) and Sat 10am - 1pm. Out of hours opening can be arranged by prior arrangement. Please call or email to check for opening details during Bank Holidays.