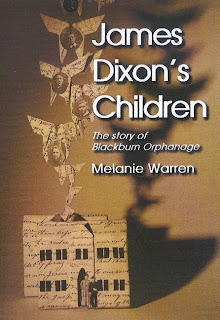 James Dixon, born in 1855, was the founder of the Orphanage. A contemporary of Dr Barnardo, during his lifetime he was a well-known local personality and fundraiser and utilised his skills as a marketer, entrepreneur, preacher and businessman to bring about remarkable philanthropic community giving to achieve his vision of a children's home for the vulnerable, poor and needy.

This book tells his story, from his humble beginnings as a Sunday School teacher in Scotland to his greatest achievement, an orphanage that became the foundation of a charity that continues to work with 6,000 children and young people in need every year. This fascinating history uses liberal excerpts from the extensive archives of Blackburn Orphanage which were uncovered in 2010 as part of a Heritage Lottery funded project.

The orphans records themselves provide us with a remarkable picture of the society of the period from 1850. With extracts from Dixon's personal diary, Warren helps the reader to understand the drive and determination of the man, whose achievements were the result of a moral imperative so strong it brooked no argument.

Using archive material, including excerpts from the fund-raising magazine Rags & Rubies and letters from the children themselves, the book describes the social conditions and desperate family situations endured by these children before their admission.

Under the care of James and his wife, Jane, these children would grow to be healthy, Christian, successful adults and their letters 'home' clearly show their gratitude.

James Dixon died, aged 80, in 1936 but his work still continues in the charity now known as Child Action Northwest.
Posted by John Freeman at 11:28