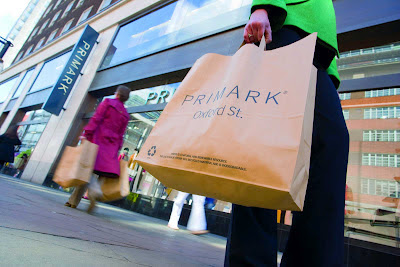 Allied Lancaster Ltd, owner of Marketgate Shopping Centre, are seeking permission redevelop and partly demolish Lancaster Market to create what would be the city’s biggest single retail unit, unless or until the Canal Corridor scheme goes ahead.

As we speculated back in September 2012, it's possible clothes retailer Primark will be the "anchor tenant" – although Allied told the Lancaster Guardian they were not yet in a position to announce who the tenant would be.

We reported that sources told us that Allied were already in talks with Primark, a retailer which has nearly 160 stores in the UK and has seen rapid expansion abroad in the past three years.

Plans submitted to the city council propose a £10m, 40,000 sq ft two storey unit for an “anchor tenant” in the former market hall, which Allied hopes will help arrest 'leakage' of shoppers to other towns in the area. The entrance in Common Garden Street would be closed, and a new entrance created within the covered area of the shopping centre.

The Lancaster Guardian reports Gillinson’s Lane, which links Marketgate to Common Garden Street, would also be removed to allow the extension of the new development further into the shopping centre, and the demolition of some of the existing walls.

Now closed, Lancaster's two-tier indoor market hall, which housed 55 market stalls, opened on 4th September 1995, 11 years after its Victorian predecessor was razed to the ground by fire and the original building could not be restored owing to under insurance problems. The Council sold the land to Centreville Properties Ltd to fund its construction, and took out a 99-year lease on the market hall, with no get out clause.

Mismanagement, not helped by the building's design – criticised at the planning stages by planning expert Doctor John Whitelegg –  and a rent rise of £296,000 to £409,000 in early 2008 as the recession worsened eventually saw the market's closure in September 2012.

The closure followed a lengthy campaign to save it and several proposals for alternate use, including a derided proposal to sell the to a now-failed company, ASCO – with many questions about this abandoned plan and the conduct of some council staff (some of whom have since left) still unanswered to this day.

In May 2012 we reported that Market traders received around £1 million in compensation from Lancaster City Council for closing market and several moved into shop premises around the city centre and continue to operate. An unconfirmed source that that the up front surrender cost of the remaining 83 years of the lease to Allied Lancaster, who own the building, could be around £16 million, but it is still not clear how much it will cost the City Council to remove itself from the lease it still has with the company.


Marketgate owners Allied Lancaster, which has cash assets of over £700,000 but liabilities of some £35 million, was incorporated in April 2005, initially as 'Spendright Limited', by Mr Clive Ensor Boultbee Brooks, Mr Steven John Boultbee Brooks. It currently has four directors. Despite the recession, the shopping centre has retained most of its retailers and seen new stores replace those that have closed.

• Read the Lancaster Guardian report on the plans, which includes comments from Allied spokespoerson Darren Sharpe

So another ancient lane and route into the centre to be closed? I hope this won't affect the businesses round there - e.g. the new Filberts bakery.