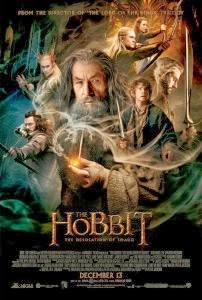 For up to date local cinema links and day-by-day listings every week visit the Virtual-Lancaster Cinema Page. Read on for the weekly round-up, official film links and reviews.

New releases this period include the much awaited second installment of Tolkien's The Hobbit: The Desolation of Smaug (12A). In addition there is humour with Anchorman 2: The Legend Continues (15) and a tribute to the life of Nelson Mandela with Mandela: Long Walk to Freedom (12A).

The seasonal spirit is evident with the screening of Free Birds, Frozen, Saving Santa, Nativity 2: Danger in the Manger!, Arthur Christmas, Elf, Ghost Stories at Christmas and the classic White Christmas. However there remains an excellent selection of films without a Christmas theme including Philomena, The Hunger Games: Catching Fire, Carrie and One Chance.

Anchorman 2: The Legend Continues
Director: Adam McKay
Certificate: 15
Cast includes: Adam McKay, Paul Rudd, Kristen Wiig, Christina Applegate, Steve Carell, Will Ferrell
San Diego's newsman Ron Burgundy returns for the sequel to the original 2004 Anchorman movie. The film is set in the 80s at the GNN 24 hour news network. We find Rob little changed; egomanical, blunt and as idiosyncratic as ever and the action again has a strong element of the surreal. The film has a few cringe-worthy moments but is a real 'laugh out loud' comedy that is a worthy successor to the original movie.

Free Birds
Director: Jimmy Hayward
Certificate: U
Cast includes: Owen Wilson, Keith David, Colm Meaney, Woody Harrelson, Amy Poehler, Dan Fogler
Two turkeys (as in birds, not films), Reggie and Jake, use a time machine to attend the first Thanksgiving meal in an attempt to get turkey removed from subsequent thanks-giving dinners. Reggie is from a free-range turkey farm and he realises why turkeys are being fattened!  Jake has the vision of commandeering the time machine in an attempt to change history. The film has some romantic interest with Reggie falling for Jenny, a turkey he meets during the adventure. In all the plot of this animation seems a little over complicated and the film contains some rude humour that may not be appropriate for the very young. In all an entertaining movie but one that is not destined to become a classic.

Frozen
Director: Chris Buck
Certificate PG
Cast includes Kristen Bell, Idina Menzel, Josh Gad, Alan Tudyk, Jonathan Groff
This Disney musical animation is loosely based on the fairy tale 'The Snow Queen'. The queen has condemned a kingdom to eternal winter. It is up to Anna (her sister) and loner Kristoff to undertake an epic journey to find the Snow Queen and convince her to lift the icy spell. This is a magical movie destined to become a classic. It will appeal to families and children of all ages and makes an ideal movie for Christmas.

Gravity
Director: Alfonso Cuarón
Certificate: 12A
Cast Includes: Sandra Bullock, George Clooney
Ryan Stone (Bullock) a medical engineer and seasoned astronaut Matt Kowalsky (Clooney) are on a shuttle mission to repair the Hubble Telescope. However during a routine space walk, disaster strikes as the shuttle is destroyed by impact from space debris and Stone tumbles free in space. The film follows Stone's plight as she battles to survive. Bullock gives a superlative performance in this spectacularly shot movie. However the interest of the film is not the impressive special effects but rather the exploration of human frailty in adversity.

Philomena
Director: Stephen Frears
Certificate: 12A
Cast includes: Judi Dench, Steve Coogan
A quaint and charming film based on the book 'The Lost Child of Philomena Lee' by Martin Sixsmith. Dench plays Philomena, an Irish woman who had her baby taken from her for adoption in the USA whilst she was forced to live in a convent after becoming pregnant out of wedlock. Much later in life she enlists the help of Sixsmith to try to discover the whereabouts of her lost son. Coogan produced the film and co-wrote the screenplay. He plays Sixsmith, the journalist who has fallen out of favour. Both Dench and Coogan give superb performances in this funny and heartwarming if a little sentimental film. Well worth seeing.

Saving Mr. Banks
Director: John Lee Hancock
Certificate PG
Cast Includes Emma Thompson, Bradley Whitford, Colin Farrell, Tom Hanks
A film exploring the tribulations as Walt Disney battled to make the musical 'Mary Poppins'. Disney promised his daughters that he would make a film of the book, but the author, Mrs Travers, proved to be difficult to work with and had very fixed ideas regarding the interpretation of her work. She hated the sentimentalization of her book and the use of animation. She only gave grudging approval as she needed the money. This film is more sentimental than accurate, and includes numerous flashbacks regarding Traver's rather troubled life. Acting is great and the friction between Mrs Travers (Emma Thompson) and Walt Disney (Tom Hanks) makes for compelling viewing.

The Hobbit: The Desolation of Smaug
Director: Peter Jackson
Certificate: 12A
Cast includes: Ian McKellen, Martin Freeman, Benedict Cumberbatch, Evangeline Lilly, Richard Armitage
In this second installment of The Hobbit, we find Bilbo Baggins and his group of comrades continuing in their journey to the Lonely Mountain in order to extract gold from the dragon Smaug whilst being pursued by an army of Orcs. This film is a splendid action adventure, more so than the first of the trilogy. It is imaginative, with plenty of special effects and a block buster feel about it. However it again puts action above developing the characters of the protagonists. A great Christmas movie that will leave you anticipating the concluding film in the trilogy.

The Hunger Games: Catching Fire
Director: Francis Lawrence
Certificate: 12A
Cast Includes: Woody Harrelson, Jennifer Lawrence, Josh Hutcherson, Stanley Tucci, Elizabeth Banks, Donald Sutherland
The Hunger Games started as an extremely successful trilogy by Suzanne Collins. For this reviewer, the first Hunger Games excursion into film felt a little clunky. However Catching Fire has got everything right and is a first rate movie. Katniss Everdeen was the winner in the 74th Hunger Games tournament and as victor she and Peeta Mellark must undertake a victors' tour of the districts. However rebellion is 'in the air' and the ruler, President Snow, sees Katniss as a potential threat to the status quo. He plots to discredit and kill her by involving her in a new Hunger Games along with old winners. Now the participants need to defeat President Snow - but avoid killing each other. This is a dark, tense, thrilling and very enjoyable movie.

Thor: The Dark World
Director: Alan Taylor
Certificate: 12A
Cast Includes: Chris Hemsworth, Natalie Portman, Tom Hiddleston, Stellan Skarsgård, Kat Dennings Thor must combat an ancient, pervasive and powerful enemy, led by Malekith, to save the earth and all the realms. Much of the action is played out in Asgard and the interaction between Thor and Loki provides a major part of the film. However there is plenty of action and a strong vein of humour. In all a film that is very entertaining and does not take itself too seriously.

Turbo
Director: David Soren
Certificate: U
Cast Includes: Ryan Reynolds, Samuel L. Jackson, Michael Peña
A DreamWorks animation in which Turbo is a snail obsessed with racing cars who dreams of competing in the Indianapolis 500 race. His hopes start to look more realistic when an accident with a car engine provides him with a magical turn of speed. The animation is expertly done. The snails have cute believable personalities and the whole has a real 'feelgood' factor of an underdog following his dreams. The film follows the DreamWorks hit animation 'The Croods' and whilst it is extremely enjoyable, it lacks twists and subplots that make for a really memorable movie.

For up to date local cinema links and day-by-day listings every week visit the Virtual-Lancaster Cinema Page. Read on for the weekly round-up and reviews.
Posted by Unknown at 18:24