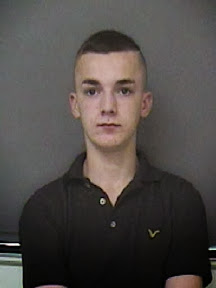 An 18-year-old man from Morecambe and a 17-year-old boy were today sentenced for committing two burglaries on one street in Morecambe.
Daniel Bell, 18, of Princes Crescent, Morecambe, was sentenced to two years’ detention in a youth offenders’ institution at Preston Crown Court having previously pleaded guilty of one count of dwelling burglary and one count of non-dwelling burglary relating to a shed break-in.

The 17-year-old boy was sentenced to a twelve month supervision order and 240 hours of unpaid work having previously pleaded guilty to two counts of handling stolen goods for his part in both offences.

The offences took place sometime between the night of Saturday 14 September and the morning of Sunday 15th September when Bell and the 17-year-old boy broke into a property on Hest Bank Road, Morecambe, stealing cash, a purse and the 98-year-old victim’s engagement ring from her bedside table as she slept. The engagement ring had particular sentimental value to the victim as it was given to her by her late husband in 1943.

The shed break-in was carried out at an address also on Hest Bank Road, Morecambe, during the same time period, stealing electrical tool equipment.

DC Sarah Houghton of Lancaster CID said “I am pleased to report we recovered the ring and returned it to the victim. The disparity of the two offences shows the clear disregard Bell and his accomplice had for who may be the victims of their offences, and, on this occasion, one of them was a 98-year-old lady.

“I welcome the custodial sentence given to Bell today, and hope it provides some solace for the victims.

“Although dwelling burglaries are low in Lancashire, there have been a number of burglaries into sheds, garages and outbuildings, often targeting electrical equipment, tools and high value bikes, around Lancaster and Morecambe in recent months. We would encourage homeowners to use strong locks and security lights on their sheds and outbuildings, and ensure the hinges and locking mechanisms on all doors are in good order.”

The sentencing comes as Lancashire Constabulary come to the end of Operation Julius, targeting criminals and detecting burglaries across the county.

It will run until the end of this month and will see officers using a range of overt and covert tactics including visits to Lancashire’s top 30 burglary suspects, executing warrants and high-visibility police patrols.