Let me tell you a Castle Park story...

Castle Park Stories, a new exhbition involving over 30 local residents, uncovering two thousand years of stories from Castle to Quayside, has just opened at The Storey in Lancaster.

Since the beginning of January, a group of intrepid and resourceful volunteers have been discovering some of the hidden histories in the area around one of the North West’s most important landmarks, Lancaster Castle. During their research, participants worked with writers, a photographer and archivists to discover new and interesting ways to share their stories.

This visually engaging and interactive mixed media exhibition uses photography, text and video to present the rich treasure trove of tales that have been excavated.

Some of the stories and research has also been posted on the project's web site.

Castle Park Stories is an initiative from Lancaster’s Litfest, one of the first groups in the UK to receive a Heritage Lottery Fund All Our Stories grant. Litfest’s project allows participants to investigate Lancaster’s rich history and develop writing around a site of their choice.

The area around the castle was chosen as it includes some of the most important locations in Lancaster’s long and often illustrious history – the Priory, the Castle, the Roman fort remains and the Maritime Museum.

Posted by John Freeman at 08:02 No comments:

A project to carry out repairs, replace lane markings and upgrade reflective road studs on the southbound side of the M6 is due to begin on Monday 25 February on the M6 junctions 33 to 32, Lancaster to Preston. All the work will take place overnight, between 8pm and 6am, and lane closures will be in place along with a 50mph speed limit. The project is due to be completed by Wednesday 13th March.

Work to improve drainage and safety on a section of the A590 near Kendal is due to start on Monday 25 February. The work is being carried out between junction 36 of the M6 and the roundabout connecting the road to the A591 at Brettargh Holt. Lane closures will be in place and the work is due to be completed by Thursday 28 March.
Posted by John Freeman at 16:25 No comments: 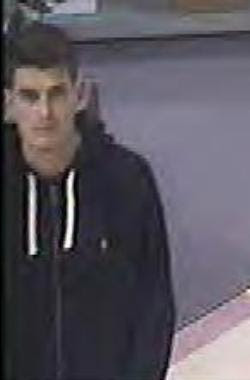 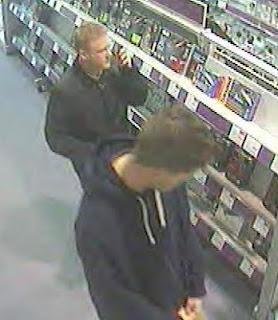 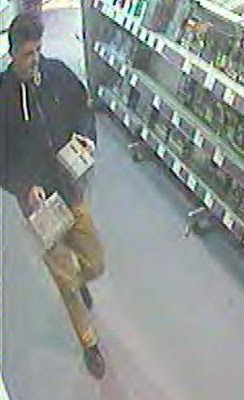 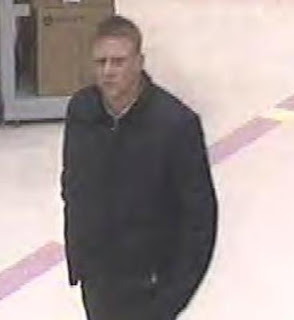 Lancaster police have issued CCTV images of two men they want to trace after over £1,000 of computer equipment was stolen from a store in Lancaster.

The offence took place around 5.45pm on 14th February at PC World on Kingsway Retail Park when two men  entered the store separately and  went to various departments and aisles in the store, hiding a number of items under their clothing before fleeing the store.

The men escaped with a Samsung hard drive, two other drives, and two pieces of computer software worth a total of £1,160.

PC Peter Bennett said: “I’d appeal to anybody that recognises these men or has been offered computer equipment for sale in the area in the past couple of weeks to come forward and contact Lancashire Police on 101.”

People with information can also contact the independent charity Crimestoppers anonymously on 0800 555 111 or on-line at Crimestoppers-uk.org. No personal details are taken, information is not traced or recorded and you will not go to court.
Posted by John Freeman at 11:56 No comments:

Detectives are appealing for information after a four year old girl reported being sexually assaulted at a children’s play centre in Lancaster.

The girl told her parents the assault happened whilst she was playing at The Zone on Dalton Square between 12.30 and 1.30pm on Saturday 16th February.

A 13-year-old boy from Lancaster has been arrested on suspicion of sexual assault and is currently on police bail pending further enquiries.

Detective Inspector Phil Jones, who is leading the investigation, said: “This is a very sensitive investigation and we are seeking the help of the public. I would ask the parents or relatives of any children who were at The Zone on Saturday between 12.30 and 2.00pm to contact the police.

“I would like to stress that at this stage, there is no suggestion that any other child has been a victim; we do believe this to have been an isolated incident. However, we are seeking any witnesses that may have seen something suspicious or out of the ordinary.

“The young girl and her parents are currently being supported by specially trained officers and The Zone is fully cooperating with our investigation.”

A spokesperson from The Zone released the following statement:

“We are deeply shocked at recent events. We do our utmost to provide a safe and secure environment for children to play in with their parents supervision. This incident was totally beyond our control and it could have happened anywhere. I want to reassure our regular customers that this was an isolated incident.”

Anybody with any information can contact police on 101, quoting log number LC-20130216-1061, or Crimestoppers anonymously on 0800 555 111 or on-line at Crimestoppers-uk.org. No personal details are taken, information is not traced or recorded and you will not go to court.
Posted by John Freeman at 08:50 No comments:

A man who repeatedly hit his partner around the head with a beer bottle has been jailed for 12 years and 8 months.

46-year-old James O’Neill, of West End Road, Morecambe, attacked his victim in her Morecambe bedroom on 13th September 2012, knocking her to the floor and then continuing to hit her over 20 times with the bottle, as she lay on the ground.

O’Neill then left the house and his 51-year-old victim, who was bleeding from the head, was able to alert the emergency services.

He appeared before Preston Crown Court charged with a section 18 wounding offence and was jailed for 12 years and eight months. He’s also prohibited from contacting his victim.

Speaking after the sentencing, DC Ian Cartwright, Public Protection Unit, Lancaster Police, said: “This was a vicious attack that left the victim fearing for her life. She is still suffering after the incident and, while most of her physical injuries are healing, she has found her confidence greatly shaken.

“Victims of domestic abuse should know that Lancashire Constabulary take this kind of crime very seriously and we will not only do all we can to bring an offender to justice but to provide help and support to the victim so that they can find the path away from their abusive  situation.”

In Review: 'Pierrepoint - The Hangman’s Tale' at the Dukes

Presented by The Dukes and Cafe Society
in The Round at  The Dukes, Lancaster
7.45pm, Saturday 16 February 2013
Reviewed by Hannah Dial

Less than a week remains to witness Martin Oldfield’s portrayal of the legendary hangman Albert Pierrepoint at the Dukes, and I urge you to seize the opportunity as soon as possible.

The Round theatre provides an intimate and often uncomfortably close setting in which Pierrepoint, a Halifax-born pub landlord, lets you in on the grisly secrets of his ‘other job’. This is a man who is proud of his ‘anatomically perfect’ work, and holds that the client being male, female, guilty, innocent or mentally unstable has nothing to do with him. After all (he claims), he wouldn’t do it if they didn’t ask him to. He is resigning as public executioner after more than 25 years, but perhaps not for the reasons you’d expect.

Written by Peter Harrison (a fierce opponent of the death penalty himself) and directed by Kevin Dyer, ‘Pierrepoint - The Hangman’s Tale’ encourages audience members to face up to aspects of capital punishment they had probably never considered before and it definitely makes for awkward viewing. Be prepared to cringe and squirm in your seat as Pierrepoint, bold as brass, tells you exactly how it is in his line of work.

Yes, he has killed over 400 men and women, but this serial executioner is funny, personable and certainly knows how to tell a story. After you’ve lent your ears to this well-dressed, straight-talking Yorkshireman, I defy you not to warm to him. (Although little hints of doubt which creep into his narrative leave you wondering whether he really has said all he needs to say.)

Oldfield delivers an excellent performance and works The Round beautifully. It seems as if this play was written for performing in the round, and I think I would feel slightly detached from the content if I were to see the play again in a standard theatre setting. Oldfield’s performance is layered and personal; he truly is Albert Pierrepoint. Holding an audience captive for a full hour with a single character’s dialogue is no mean feat, and Oldfield rises to the occasion wonderfully.

Of course, there are always two sides to a story and, in this case, most of the other side’s time is spent... waiting. The unsettling presence of Timothy Evans (Gareth Cassidy) made me guiltily stifle a chuckle during one of Albert’s anecdotes. Though, as Pierrepoint reminds us, “there’s no need to be glum because someone’s been hanged”. However it is quite poignant that Pierrepoint does the talking. Evans is now convicted and his voice is apparently of no importance; but that does not stop him from telling his story in a starkly different way. Towards the climax of the play, one can feel the audience, lulled into a comfortable place by Albert up to this point, rapidly become tense and even visibly distressed.

Pierrepoint prides himself on being quick and calm during his executions - most of them done and dusted within a minute or two - and I feel it was no coincidence that the audience were shuffling out of the theatre at precisely 9:01pm. Spending an intense hour with the most famous executioner in Britain isn’t plain sailing, but it is definitely something I recommend you find time to do.

‘Pierrepoint – The Hangman’s Tale’: remaining performances nightly at The Dukes, Lancaster at 7.45pm from Tuesday 19  until Saturday 23 February with additional matinee performances at 11am on Wednesday and 1pm on Saturday.
Audio described performance:  Wednesday 20 February  7.45pm
Price £5 - £16.50.  Matinees: £8.  Concessions a further £2 off  (not including matinees)
Box Office: 01524 598500
See http://www.dukes-lancaster.org/theatre/pierrepoint-the-hangmans-tale for all performance times, online booking and school and group discounts.
The Cafe Society website is at http://www.cafsoc.com/
Posted by Chris Satori at 22:48 No comments: