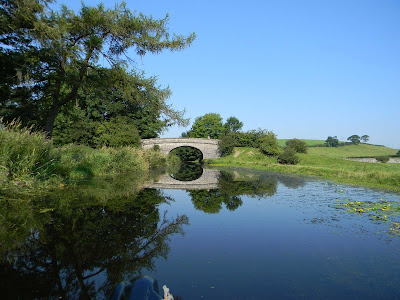 Volunteers are needed to help with a variety of Lancaster Canal Trust projects over the next few months – and there's a nature event listed below that may interest many of our readers coming up, too.

• Volunteers are needed to help create a community Nature Park near the Lune Aqueduct, Lancaster, with work starting this month and running to the end of March. Contact David Hennessey on 07500 606030 or david.hennessey@canalrivertrust.org.uk.

• A bird watching walk will take place at Glasson Docks on the River Lune Estuary on 18th January  from 8.00 to 10.00am.  Grab your binoculars and join Canal and River Trust  for an exciting bird watch session. Again contact David for more information.

• For more about the work of the Lancaster Canal Trust visit www.lancastercanaltrust.org.uk
Posted by John Freeman at 17:53 No comments:

Happy New Year! We hope you had a great festive season.

As millions returned from our Christmas breaks today many locals will have bought or renewed their rail season tickets and been hit with yet another huge annual fare increase. While commuting by rail is something less of us might do in our area (compared with Manchester and London, for example), with fares increasing by at least 3.1 per cent and by as much as 5.1 per cent on some routes, commuters and other rail users up and down the country will be wondering exactly how they can continue to afford to pay for their tickets as fares continue to rise three times faster than wages.

Today the Better Transport campaign group published a report called Fares and Rail Financing (PDF link), carried out by independent consultancy Credo, which has found by 2018, fares revenue will cover 103 per cent of the operating costs of the railways, up from 80 per cent in 2009, meaning that the Government will be effectively profiting from rail users.

"We are making progress with our Fair Fares Now campaign," say the campaigners, "and, following the recent announcement to end above inflation fare increases the Government are starting to listen, but we still have some of the most expensive rail fares in the world and as the 2015 General Election draws nearer we urgently need your help to give us a much louder voice and make fares a key election issue."

Posted by John Freeman at 17:38 No comments: 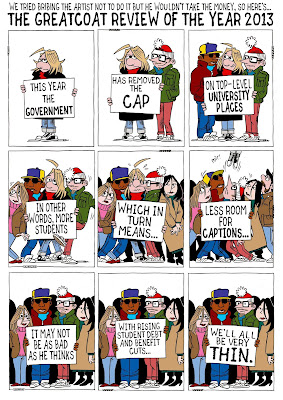 Posted by John Freeman at 12:24 No comments: