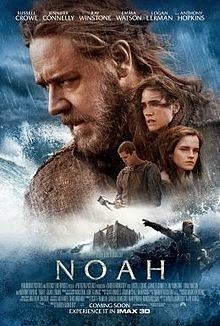 Three new releases come to our area during this period. There is science fiction adventure with Divergent (12A), drama with Noah (12A) and family entertainment with Rio 2. However we have lost The Stag.

This looks to be the last week to catch the following films Starred Up, Need for Speed, 300: Rise of an Empire, Labor Day, A long way down and The Book Thief. However there is a new chance to see the old favourites Epic and Frozen.

For a break from the usual, we recommend Unforgiven showing at the Dukes. This is a Japanese remake of the Clint Eastwood movie with Ken Watanabe taking the lead role as a samurai swordsman.

300: Rise of an Empire
Director: Noam Murro
Certificate: 15
Cast includes: Sullivan Stapleton, Eva Green, Lena Headey, Rodrigo Santoro
The film is based on Frank Miller's graphic novel 'Xerxes' and the action adopts the visual style of the 2007 prequel '300'. The Persian forces led by Xerxes (Santoro) and Artemisia (Green) are opposed by the Greek General Themistokles (Stapleton). The film centres on a sea battle. The story is rather predictable, but there is plenty of blood, violence and CGI effects to keep the interest. If you liked the original you will enjoy this movie

The Book Thief
Director: Brian Percival
Certificate: 12A
Cast includes: Sophie Nelisse, Geoffrey Rush, Roger Allam, Emily Watson
The film is based in World War II Germany and tells the story of Liesel (Nelisse) a young girl sent to live with a foster family after family problems. She copes by stealing books to read and this enables her to become close with her foster father and with Max, a Jewish boy hiding in their basement. The film does not make any comments on the horrors of Nazi Germany, it simply provides a backdrop for what is essentially a love story, and during the film we have Death providing the narration. The acting is acceptable but the characters are not totally believable.

The Monuments Men
Director: George Clooney
Certificate: 12A
Cast includes: George Clooney, Matt Damon, John Goodman, Bill Murray
An action adventure based on the book 'The Monuments Men: Allied Heroes, Nazi Thieves and the Greatest Treasure Hunt in History' by Robert Edsel. This tells the true story of a platoon comprising art historians and museum directors who were dispatched into World War II Germany to retrieve art works plundered by the Nazis. A very entertaining movie with a generous helping of high profile stars. Perhaps not a must-see film but still worth a visit to the cinema.
Posted by Unknown at 20:08