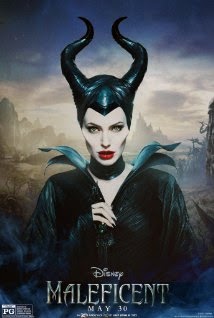 This is a good period for new family films. We have animation with Postman Pat: The Movie (U) and Legends of OZ: Dorothy's Return (U). Also making an appearance is the impressive Disney fantasy adventure Maleficent (PG).

Movies coming to the end of their run include Rio 2, Pompeii, Tarzan, Sabotage and The Other Woman. However making another appearance is Tinker Bell and the Pirate Fairy.

Culture is represented with Driving Miss Daisy: The Play and two performances from the National Theatre, viz King Lear and The Curious Incident of the Dog in the Night-Time.

Two must see movies during this period are the suspense thriller Locke (15) and the black and white Buster Keaton comedy The General (U), both showing at the Dukes.

Bad Neighbours
Director: Nicholas Stoller
Certificate: 15
Cast Includes: Seth Rogen, Jake Johnson, Zac Efron, Rose Byrne
Released as 'Neighbors' outside the UK, this is a comedy about Mac Radner (Rogen), his wife Kelly (Byrne) and young baby and the disruption they face when a college fraternity led by Teddy (Efron) moves in next door. Initially relations between the neighbours are not too bad but increasingly the frat boys work to ruin their family life and the Radner's give as good as they get. The film is a bawdy comedy as the tit-for-tat acts of sabotage escalate to hilarious (and possibly offensive) effect. One of the better Frat house comedies.

Godzilla
Director: Gareth Edwards
Certificate: 12A
Cast Includes: Aaron Taylor-Johnson, David Strathairn, Bryan Cranston, Elizabeth Olsen, Juliette Binoche
Godzilla rises again with an excellent cast and plenty of special effects as cities are destroyed. Joe Brody (Cranston) is a physicist who investigates the events at a Japanese nuclear facility where Godzilla is accidentally released. It is his soldier son Ford (Taylor-johnson) who battles the beast as it stalks San Francisco. There is some excellent performances, especially from Cranston and the director tells the story from a human viewpoint. Indeed we don't get a good glimpse of the monster till the latter half of the film. A spectacular disaster movie and one of the best re-telling of the story of Godzilla.

Pompeii
Director: Paul W.S. Anderson
Certificate: 12A
Cast includes: Kit Harington, Carrie-Anne Moss, Jessica Lucas, Jared Harris, Kiefer Sutherland, Emily Browning
The year is 79AD and the backdrop of the movie is the epic eruption of Mount Vesuvius. Mile (Harington), a gladiator strives to save the love of his life Cassia (Browning) who is betrothed to Corvus (Sutherland) a corrupt Roman Senator. This is a film that is hard not to like as it 'ticks all the boxes' portraying poor boy/rich girl romance with action and combat set in a disaster movie incorporating spectacular special effects.

Sabotage
Director: David Ayer
Certificate: 15
Cast includes: Arnold Schwarzenegger, Terrence Howard, Joe Manganiello, Josh Holloway, Mireille Enos
John 'Breacher' Wharton (Schwarzenegger) leads a special drug enforcement team, all with equally outlandish nick-names, to raid a drugs cartel. However a large sum of money goes missing and there is suspicion of internal corruption. The members of the drug enforcement team find themselves targeted and start to be killed. There is no shortage of gore and bad language in this movie, though perhaps it is a little lighter on action then previous Schwarzenegger films, having just one major shootout piece. The film however supplies suspense as we learn what became of the missing ten million dollars. A star cast and one of Schwarzenegger's better films.

The Amazing Spider-Man 2
Director: Marc Webb
Certificate: 12A
Cast Includes: Andrew Garfield, Emma Stone, Paul Giamatti, Jamie Foxx
Garfield plays the role of Peter Parke and his alter-ego Spider-Man. He must defeat Max Dillon (Foxx) who becomes transformed into the super-villain Electro, in order to save New York. The strength of the Spider man franchise lies in the tribulations of Peter Parker as he juggles his role as super-hero with the more mundane aspects of his life and his relationship with girlfriend Gwen Stacy (Stone). With jokes, special effects and love interest this is a worthy sequel to the Spider-Man series.

The Other Woman
Director: Nick Cassavetes
Certificate: 12A
Cast Includes: Cameron Diaz, Leslie Mann, Nikolaj Coster-Waldau, Kate Upton
Carley (Diaz) discovers that her boyfriend Mark (Coster-Waldau) is in fact married. She accidentally meets his wife and they become friends. Subsequently they discover Mark is also undertaking a third affair with Amber (Upton). The three women plot their revenge. This is a rather lightweight comedy, and a little light on laughs. Mildly amusing.

X-Men: Days of Future Past
Director: Bryan Singer and Matthew Vaughn
Certificate: 12A
Cast Includes: James McAvoy, Michael Fassbender, Patrick Stewart, Hugh Jackman, Jennifer Lawrence, Ian McKellen, Peter Dinklage
The film starts in the year 2023 where a war has resulted in the near destruction of all mutants. Trask (Dinklage), leader of Trask Industries, had developed robot soldiers that can destroy mutants under the Sentinel Program. The mutants send Wolverine (Jackman) back to the year 1973 in order to stop Mystique (Lawrence) from killing Trask as it was this death that resulted in the creation of the Sentinel Program. This is a fine movie worthy of the X-Men franchise that will not dissapoint.
Posted by Unknown at 15:09