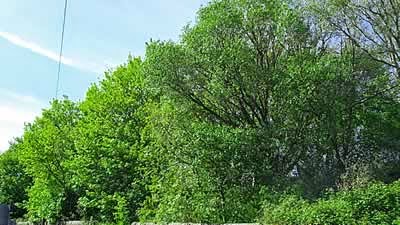 Persimmon Homes have now submitted an amended planning application for Luneside East. Their revised plan for 149 dwellings off Lancaster's St George's Quay now retains the embankment, which the developer originally proposed removing and has also withdrawn the proposal for direct vehicular access to Long Marsh Lane, keeping a pedestrian and cycle path instead.

"Following on from the Arboriculture Impact Assessment, only a few low quality trees  now remain. In the main these are located on the Embankment which will be retained. Only a pedestrian / cycle footway will be provided through the existing gap."


Local residents had formed a campaign group to oppose Persimmon's original application to remove part of the embankment and its distinctive line of trees that serve as a natural defense against estuarine winds. They were also strongly opposed to a new vehicle access route from Long Marsh Lane, a view backed by the County Highways Department in their report on the original application.

Persimmon initially responded by appealing against the Tree Preservation Order the City Council had placed on the embankment's trees. The City Council advised them to go back to the drawing board. (See previous news item: "Luneside East housing plans set back pending review")

Hailing the news as 'A Victory for the Environment, the Local Community and Common Sense' local resident Julia Russell posted this message on the group's petition website at change.org earlier today:

"Whilst it appears the trees will be retained, questions remain over how and by whom the embankment and the land bordering Long Marsh Lane will be managed. We are awaiting clarification on this and will keep this petition open until we know the future of the trees is 100% secure.

"We have proposed the concept of a community-led and managed project, with various ideas to keep this space green as well as to increase its accessibility for all. We feel this is especially important as the site will be lacking in other public green open space.

"As there will now be no housing facing onto Long Marsh Lane, there will be no direct vehicular access onto the lane, and the only access will be the cycle and pedestrian route which had originally been promised.

"Thank you for all your support - together we have made a difference."