Save our Fire Service in the Lancaster District 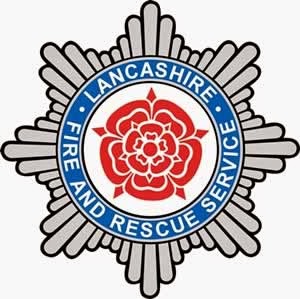 Lancaster District Chamber of Commerce is campaigning over the proposed and impending removal of a fire appliance from the Lancaster Fire Station, halving the fire cover in the city and its vast outlying areas.

Although the consultation period for this has been and gone, its implementation is still 3 years away and is by no means a foregone conclusion. The Chamber has been contacted by the Fire Brigade Union and serving Fire Fighters who have advised that the points below have not been fully taken into account, and many assumptions have been made.


The Coalition Government are reducing the budget to Lancashire Fire Authority by over £10 million. This is resulting in front line emergency services being removed, prolonging response times to fires, road collisions and other emergencies.

The Lancaster station area covers approximately 87 sq miles, including several villages. The present fire station supports two pumping appliances, an Incident Control Unit and a Landrover.  The main risks vary from industrial to large life risks such as the University of Lancaster and the Royal Lancaster Infirmary and Lancaster Prison Farms.  The main London to Glasgow electrified railway system runs through the centre of the town and the M6 Motorway runs the full length of the station area.


The campaign has had support from a number of local businesses including Aaron Crewe, Director from SEO 24/7 based at the InfoLab, Lancaster University, who comments:
“The fire service provides a vital and crucial provision to the local area. Fire crews often have to contend with unknown events each day. If the number of fire appliances in the area is reduced, then in the unfortunate event that there are two or more incidents in different locations resources would be stretched, putting lives at risk. The range of incidents that fire fighters have to contend with is vastly diverse and it is vital that there are the appliances in place to ensure that all situations are dealt with effectively and efficiently.

"Although the retained fire fighters in the local area also provide a fantastic service it is the distance between the locations of each appliance that raises concern.  Although statistics show that in some cases accidents have reduced, it is not statistics that we should rely on alone but we need to factor in the risk to the local area and its residents if an appliance is to be removed. There is simply too many potential risks and the safety of the local residents needs to be given a higher priority than the benefits of cost saving’’

‘’As a chamber we support all of our local businesses and it is vital that we rally to try and prevent the fire appliance from being removed”.

If you support the campaign to save the Fire Appliance in Lancaster please show this by signing the online petition below.
http://epetitions.direct.gov.uk/petitions/59279
Posted by Chris Satori at 12:00