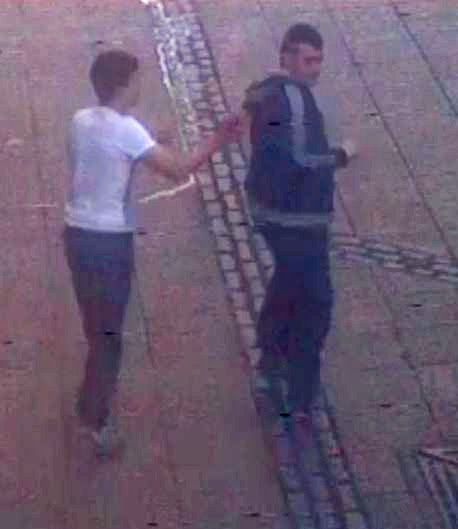 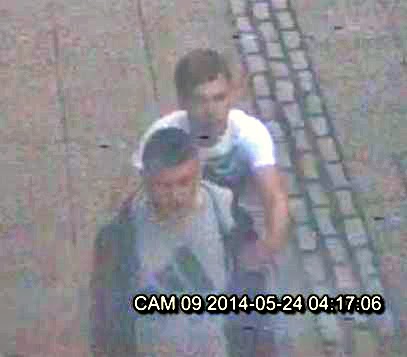 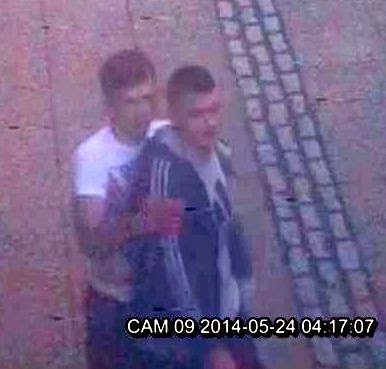 Lancaster detectives have released CCTV images of two men that they want to speak to in connection with an assault in the city centre last month.

At shortly after midnight on Saturday 24th May 2014, the victim, a 30-year-old man from Morecambe, was sat on a bench sharing food with another man when they were approached by two men.

The pair began to verbally abuse the man sat with the victim and when he asked them to stop, he was pushed off the bench and kicked to the face, causing him to lose consciousness.

The victim was taken to the Royal Lancaster Infirmary by police where he regained consciousness and was treated for a fractured nose and eye socket.

DC Dylan Hrynkow from Lancaster CID said: “This was an appalling attack on a man who had just enjoyed a night out and was trying to prevent an unprovoked situation from escalating.

“I would appeal to anyone with any information about this incident or those or may recognise these individuals to get in contact with us.”

• Anyone with information can call police on 101 quoting reference number 673 of 24 May 2014. Alternatively, they can contact Crimestoppers anonymously on 0800 555 111 or online at Crimestoppers-uk.org. No personal details are taken, information is not traced or recorded and you will not go to court.
Posted by John Freeman at 10:29