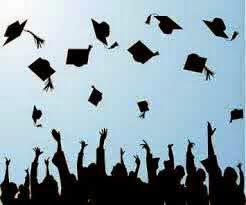 Lancaster University news source Subtext informs us that the proposal came from Pro-Vice-Chancellor (International) Professor Steve Bradley, whose proposal paper set out a framework for approving external partnerships that would involve the participation of departments, faculty teaching committees and the University-level Collaborative Provision Oversight Committee (CPOC).

The first year of any Lancaster University degree course is called Part I. Part I courses taken in the first year end with Part I exams, which must be passed with qualifying grades to gain entry to Part II - the second and third years. Fail and you're out.

The proposal appears to have been aimed at enabling private companies to assist well-funded international students who were unable to meet first year degree entry standards, in making their way through Part II - the second and third year of a degree course. Part I courses taken in the first year of a Lancaster University degree course lead to Part I exams at the end of the academic year which must be passed with qualifying grades to gain entry to Part II. Fail and you're out.

The 'external body' in the first instance is Study Group International Ltd (SGI), the global student recruitment and training corporation which owns the International Study Centre on the Lancaster University campus. SGI's private foundation courses for international students at Lancaster currently offer English Language tuition and preparation for exams for UK degree course entry qualifications, within the context of a high-ranking UK university setting. They play a significant role in making Lancaster University an attractive academic choice for overseas students.

A number of problems associated with having an external body offering a 'Part I Plus' were raised, including: