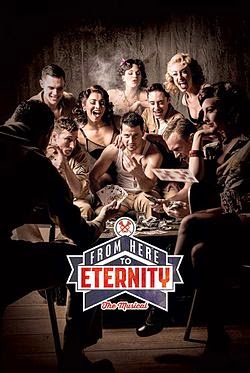 New releases this period include comedy with Mrs. Brown's Boys D'Movie (15); two musicals with Walking on Sunshine (12A) and From Here to Eternity: The Musical (15) and a football documentary with Seve (PG).

Local cinemas have ceased showing the films Godzilla and Oculus. Also it seems likely this period will be the last chance to catch Jersey Boys, 3 Days to Kill and Belle. However we welcome the return of Frozen, Rio 2 and Noah.

There is little by way of high culture at the moment, with the single exception of NT Encore: A Small Family Business.

Belle
Director: Amma Asante
Certificate: 12A
Cast includes: Gugu Mbatha-Raw, Emily Watson. Sarah Gadon, Matthew Goode, Tom Wilkinson, Sam Reid
Inspired by a painting and set in England in the eighteenth century, Belle tells the story of Dido Elizabeth Belle (Mbatha-Raw), an illegitimate mixed race daughter of Admiral John Lindsay (Goode), She and her cousin are raised by Lord Mansfield (Wilkinson) and his wife (Watson) where both girls are groomed for marriage. Lord Mansfield comes to finds himself presiding over a slavery case whereas Belle becomes attracted to the aspiring lawyer John Davinier (Reid) who awakens her social conscience. The movie benefits from a very strong performance from Mbatha-Raw and it addresses issues of slavery and social inequality via the medium of a period romance. A fine, enjoyable and serious film.

Edge of Tomorrow
Director: Doug Liman
Certificate: 12A
Cast Includes: Tom Cruise, Emily Blunt, Jonas Armstrong, Bill Paxton
In the near future aliens attack the earth and Major Cage (Cruise) is killed in battle. However he becomes enveloped in a time loop in which he repeatedly re-lives the combat and his death. However he learns more with each incarnation and increasingly becomes a more formidable solider. The film is based on the novel 'All you Need is Kill' by Hiroshi Sakurazaka, and it is difficult to write a review that does not refer to 'Groundhog Day'. However the movie in not without moments of dark comedy that adds to the entertainment.

Jersey Boys
Director: Clint Eastwood
Certificate: 15
Cast Includes: Erich Bergen, Michael Lomenda, John Lloyd Young, Christopher Walken, Vincent Piazza
A film version of an award winning musical telling the story of the formation of the rock group 'The Four Seasons'. This in an entertaining movie that succeeds in recreating the rock and roll era. The highs and lows of the working class band members are explored against a backdrop of fine musical accompaniments.

The Fault in our Stars
Director: Josh Boone
Certificate: 12A
Cast Includes: Shailene Woodley, Ansel Elgort, Laura Dern, Nat Wolff, Mike Birbiglia, Willem Dafoe
A romance between Hazel (Woodley) and Gus (Elgort), teenagers who have just months to live when they meet at a cancer support group. The movie is based on the best selling novel by John Green and it is predominantly aimed at a young adult audience. With an excellent dialogue the film is a very moving love story that could easily leave you in tears.

X-Men: Days of Future Past
Director: Bryan Singer and Matthew Vaughn
Certificate: 12A
Cast Includes: James McAvoy, Michael Fassbender, Patrick Stewart, Hugh Jackman, Jennifer Lawrence, Ian McKellen, Peter Dinklage
The film starts in the year 2023 where a war has resulted in the near destruction of all mutants. Trask (Dinklage), leader of Trask Industries, had developed robot soldiers that can destroy mutants under the Sentinel Program. The mutants send Wolverine (Jackman) back to the year 1973 in order to stop Mystique (Lawrence) from killing Trask as it was this death that resulted in the creation of the Sentinel Program. This is a fine movie worthy of the X-Men franchise that will not disappoint.
Posted by Unknown at 13:27