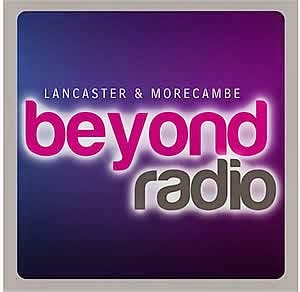 Following a decision earlier this week by the Ofcom Licencing Board, Proper Community Media (Lancaster) Ltd are pleased to announce that they have been granted a 5 year FM radio broadcast licence which will see the return of community radio to the district.

Beyond Radio has been streaming internet radio at www.beyondradio.co.uk since Diversity FM ceased broadcasting in 2012 and aims to build on the success of Diversity FM. Since then, former employees of Diversity FM, Duncan Moore and Chris Brookbanks, together with former board members of another North West community radio station have been working to bring back the community resource to the Lancaster & Morecambe area.

Speaking about the licence award Duncan said, “We are ecstatic at the prospect of community radio being accessible once again to the people of the district. It’s been a long process and a lot of hard work but the feedback from Ofcom was very good, they saw some great community value in our proposal and our track record with Diversity FM stood us in very good stead.”

One of the aspects Ofcom commented on was the obvious community backing for the project which was demonstrated by the numerous letters and e-mails received in support of the application.

Duncan said, “The support we received from local people and organisations has been crucial to the success of the application and we can’t thank our supporters enough. Not only those who took time to write but those local musicians, writers, poets and performers who gave their time and the audiences who attended our events to help us fundraise for the application fee, it was a real community effort.”

Beyond Radio, whilst administered by not for profit group Proper Community Media (Lancaster) Ltd, will be a real community project run entirely on a voluntary basis. There will be no employees and no shareholders; all funds raised will go directly to run the station and benefit those it engages with.

“The whole idea of Beyond Radio is to be more than just a radio station.” Duncan said.  “In very much the same way that Diversity FM engaged with people in order to give them new skills and experiences, increase self-esteem and helped many into improved employment opportunities, that’s the ambition for Beyond Radio, to go beyond the norm for a radio station.

"Yes, we’ll have a great mix of music and spoken word content directly relevant to our local listeners, but we’ll also be working directly with people and organisations from all over our district with the aim of improving our community and the life chances of individuals. Soon we’ll be recruiting volunteers for on air and support roles to help us achieve these aims.”

Beyond Radio is keen to partner with other community groups and organisations, where there is an obvious community benefit in partnership working and where the station can act as a new route for delivering information and advice quickly.

A launch date hasn’t as yet been announced as there is still much work to do in preparation. However, the station is broadcasting over the internet already and listeners can tune in by going to www.beyondradio.co.uk. You can also join in the conversation on the Beyond Radio facebook page.

The station does need to raise funds in order to fully launch, but the financial model agreed by Ofcom is achievable. It is hoped that public support through small scale regular donations, crowdfunding, performance event revenue and grant income, together with advertising and sponsorship deals, will bring Beyond Radio to air in a few months time. Anyone wishing to support the station through its Team 2OO monthly donation scheme or any  business or organisation interested in sponsoring the station should contact duncan@beyondradio.co.uk.